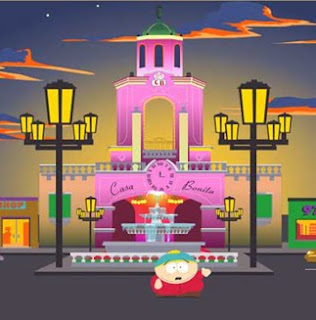 Even if you're not from the Denver area, you might have heard of Casa Bonita. It's a favorite of the creators of "South Park," and they even created a whole episode about it.

If you grew up here, you probably went to Casa Bonita many times as a kid. But if you arrived here as an adult, it's worthwhile to make a visit, just so you know what people are talking about.

The place has been there more than 30 years, and little has changed (or been updated) in that time.

Yes, there are cliff divers, who make the 30-foot dive into the deep pool. 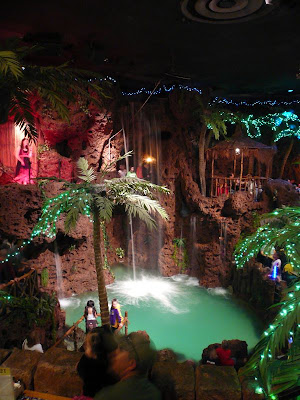 The odor of chlorine permeates everything.

There are also mariachis, who sounded great! And the space is big enough that they aren't overwhelmingly loud. 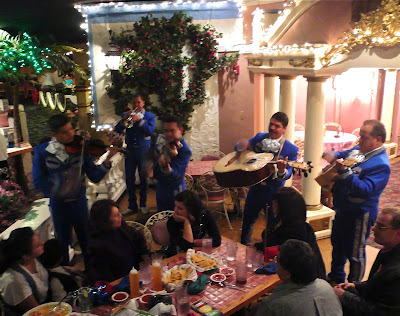 We got seated in one of the "caves" rather than next to the waterfall, which was fine by me – you could actually have a conversation. 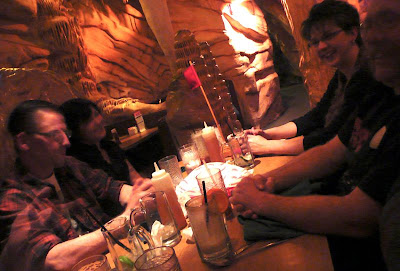 The place is renowned for its bad food, but I thought my chicken fajitas platter was OK, and the sopapillas for dessert were tasty. Our waitress was friendly and reasonably efficient. 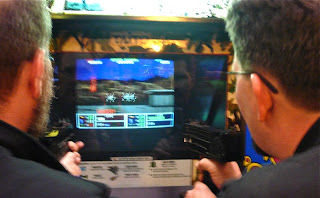 When we were done eating, we spent another couple hours wandering around the place, playing video games in the arcades, watch the cliff divers and magic show, and generally marveling at the cheesiness of it all.