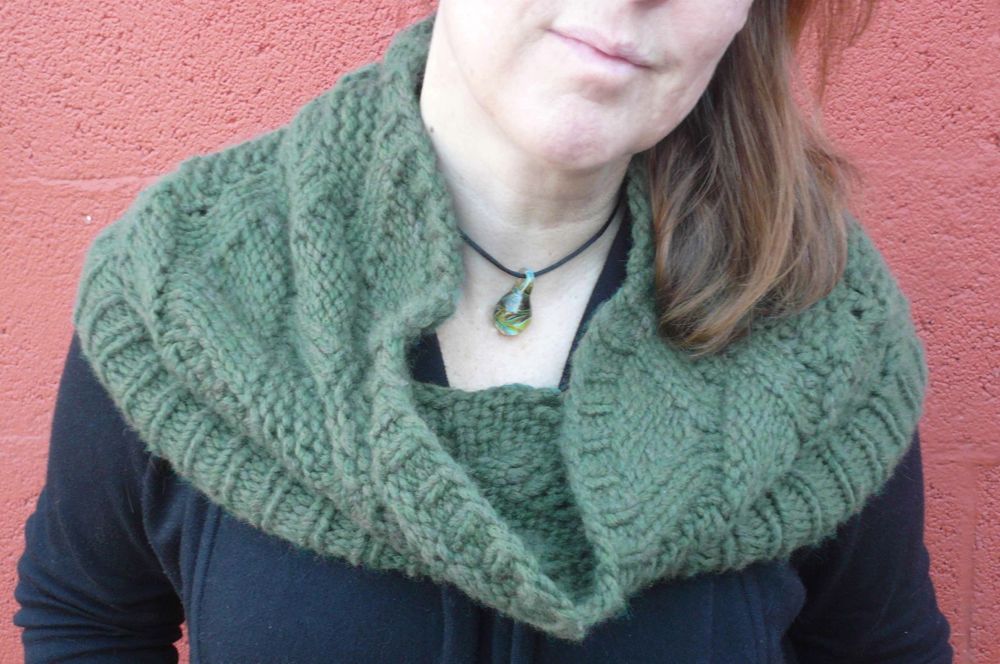 Well, that was fun! A fairly quick, easy knit that looks more complicated than it was. I learned how bad I am at estimating how much yarn I have left – I could have done a whole 'nother pattern repeat. Really. Instead, I've got a bunch of ribbing at the end. Which looks fine.

I had planned to do a tubular bind-off, but instead went for the easier method of going through two stitches purlwise, back through the first knitwise, and dropping it off. Still took me a couple hours. 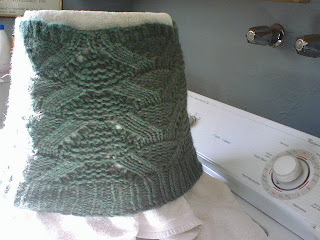 I wet-blocked it with a little woolwash, then dried it most of the way on an inverted five-gallon bucket covered with a towel. That allowed me to stretch it out a little without having to pin it.

Once again, the yarn is two skeins of Mirasol Ushya – 98 percent Merino and 2 percent polyamide – in Fern Green, from A Knitted Peace.

Thanks to Karen at Fringe Association for nudging me into knitting it, and to Pam Allen for the lovely design.

Now it's on to the next project, which might just drive me around the bend: a lace shawl knit sideways on Size 3 circulars. The cast-on is 361 stitches. Wish me luck!