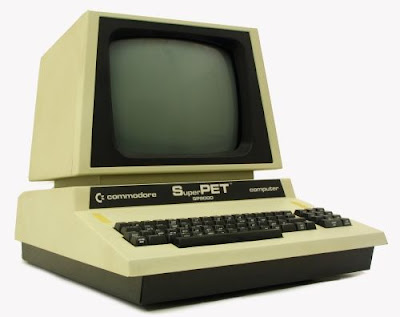 I took a little trip down memory lane today when Manisha posted a photo on Facebook of a Commodore Pet she encountered. The Super Pet was the first computer I learned how to use regularly. A college boyfriend introduced me to the engineering school's computer lab and showed me how to use a word processor. What? I don't have to retype papers to revise them? Awesome!

That was a very brief period in which you could wave an 8-inch floppy at an English professor and say, "My paper's on here but the printer's broken," and he would be impressed.

I also learned to play Adventure on the DEC-10 mainframe, and took part in the development of one of the very first social networks ... as a socialite, not a programmer.