I've long been a fan of kung pao chicken, especially from Crazy Asian Cafe. It's hearty and spicy, and I can usually get three or four meals out of one dinner order (the secret is making fresh rice at home for the leftovers).

The Sergeant likes kung pao, too, and he recently asked if I might try making it. Conveniently, I ran across a recipe the very next day, on the New Asian Cuisine blog. The recipe is from Grace Young's Stir-Frying to the Sky's Edge. 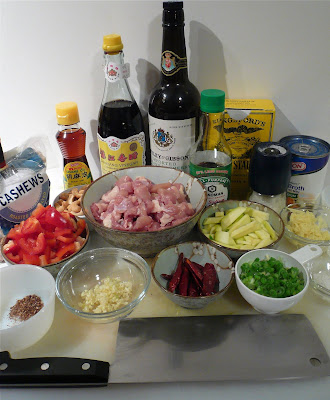 The ingredients are mostly available at any grocery. You can substitute dry sherry for rice wine, which I did. If you want to cook Chinese food regularly, you should have a bottle of Chinkiang vinegar on hand, but you can use balsamic if you have to. I also prefer to use low-sodium soy sauce, and cashews instead of peanuts. 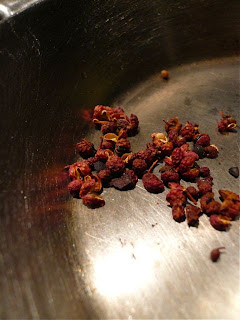 And it's worthwhile to invest in a stash of Sichuan peppercorns (I got mine from The Spice House).

Sichuan peppercorns aren't pepper at all, but the husk of a seed. They are not hot but do make your tongue tingle. Until recently, their import was banned because they could carry a disease dangerous to citrus crops. (When I was in China, I offered to bring some back for my dad, but he declined. He feared he would like it too much and never be able to get any more.) 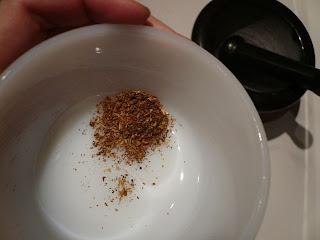 You'll want to toast the peppercorns and then grind them. Just shake them in a pan over medium-high heat until they give off a little whiff of scent, then crush them in a mortar or in a spice grinder.

Don't forget to start a pot of rice! Then get the chicken marinating (I prefer thigh meat, which the Whole Foods butcher took off the bone for me. Very cheap and convenient). Then chop up all your vegetables. The recipe calls for red bell pepper. I added zucchini. You can also include water chestnuts and bamboo shoots. Measure out anything else you're putting in the dish. 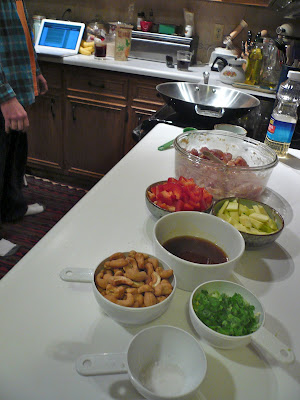 As with any stir-fry dish, you need to get all your ingredients lined up and ready to go before you heat your pan. If it's the first time you've cooked a dish, it can be handy to have an assistant read off the directions. Stir-frying goes so fast, you need to stay on top of the cooking steps. 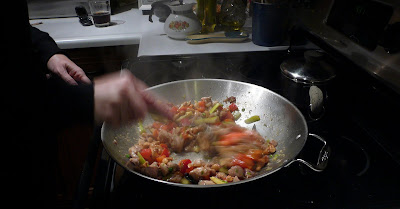 You also want to have a good exhaust fan. Especially when you throw those chiles into the oil. Hoo-ah! It's a very pungent dish. 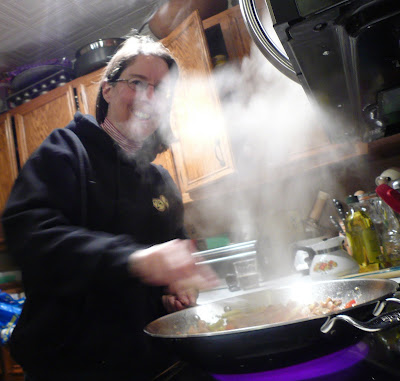 And a very tasty one! This recipe turned out great. Very bright and fresh. Not too spicy; I used four chiles but will probably use more next time. And it really was easy. 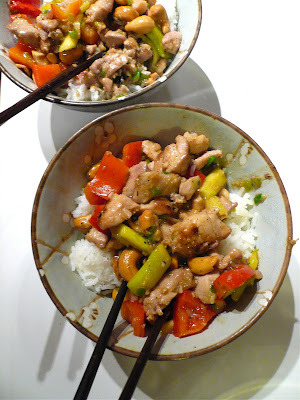 Go check out the recipe and give it a try!