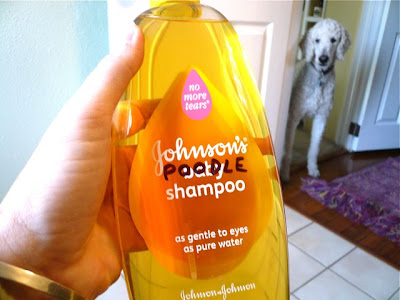 With a new spray nozzle on the shower, I no longer have an excuse not to bathe the dogs when they get stinky between grooming appointments. Jackson in particular gets very, um, doggy-smelling. His white fur also shows the dirt more. As the Sergeant likes to say, he looks like a well-loved stuffed animal that's been left outside for while. 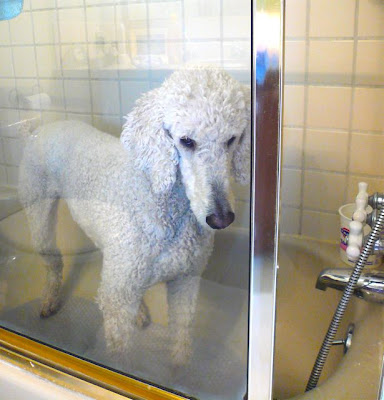 I haven't bathed him at home before, but he still knew to suspect treachery when I hauled him into the bathroom and forced him into the torture chamber. Still, he didn't struggle during the bathing process. 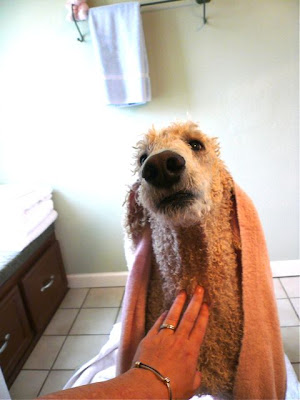 What a brave doggy!

Happily, it's super-warm today (68!), so I didn't have to dry him off much. Just hustled him outside for a romp. 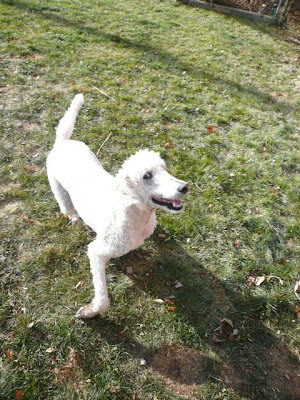 Now he looks all pretty, and smells good, too!