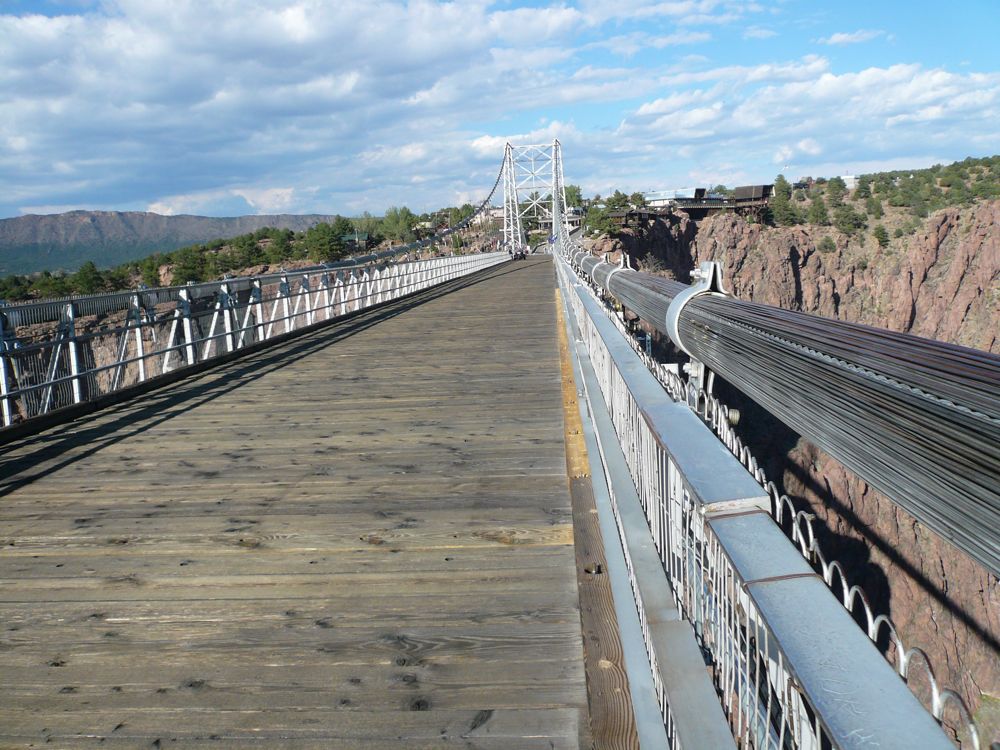 The Sergeant and I went for a little jaunt down to the foothills west and south of Pueblo this last week. This wood-planked bridge was our chief destination.

Pretty, isn't it? It's even more impressive when you look through a knothole in the wood. 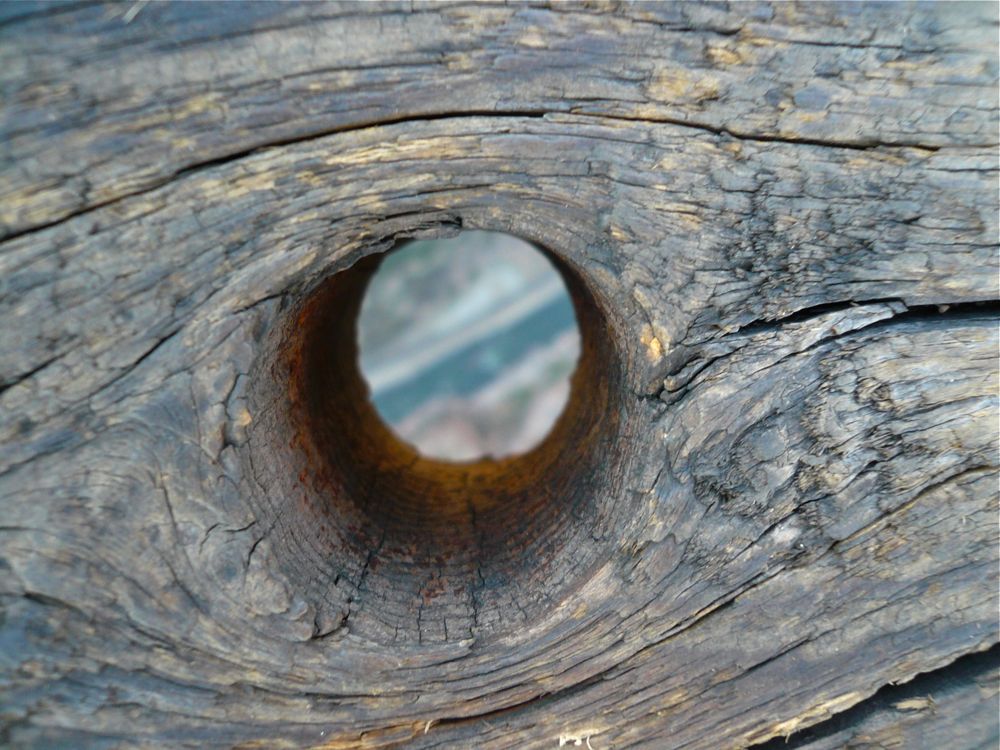 The ground seems pretty far away. 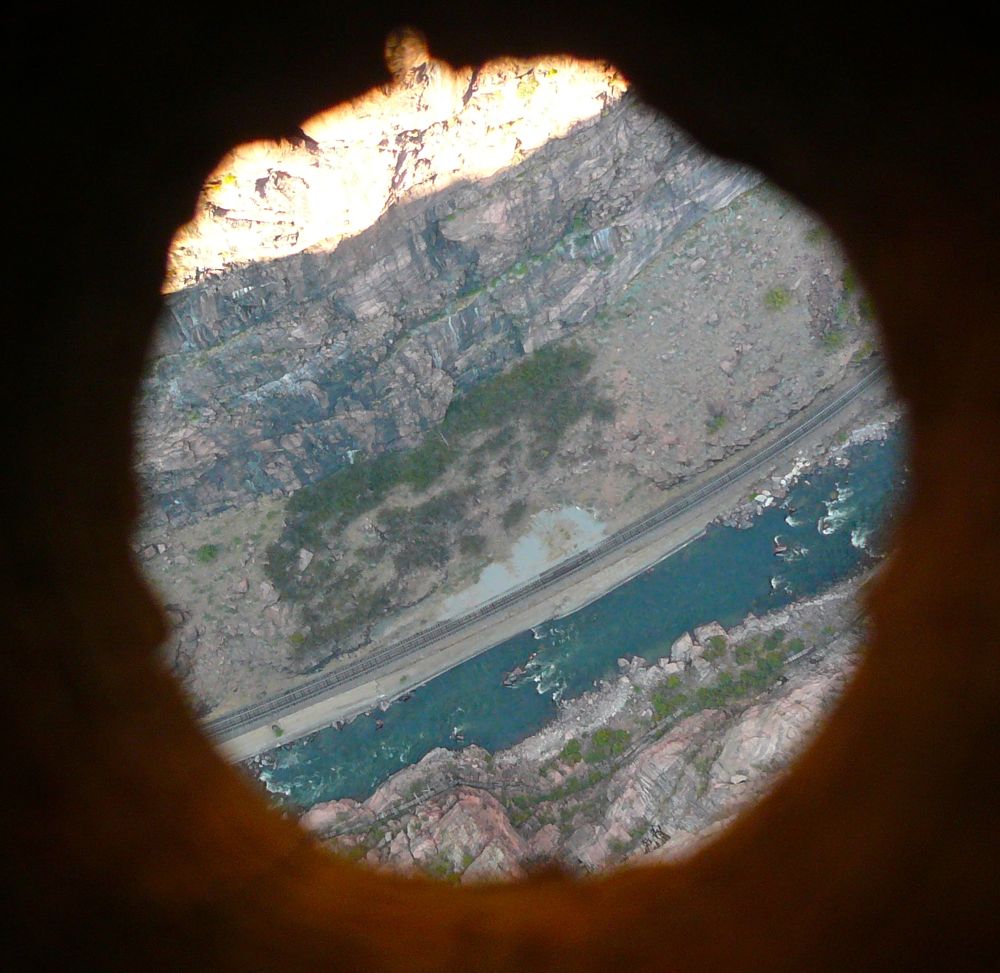 Yes, that's the Arkansas River, 955 feet down, with train tracks running alongside. 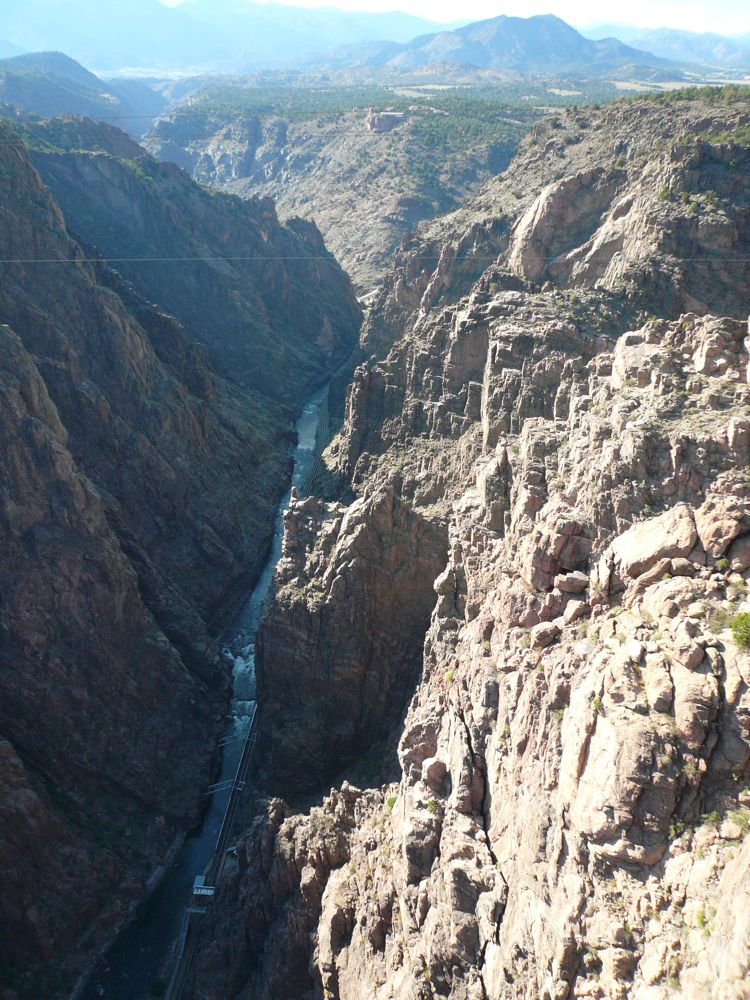 The Royal Gorge suspension bridge was built in 1929 as a tourist attraction. It's been restrung with fresh cables since then, happily.
There's an incline railway (built in 1931) that you can take to the bottom of the gorge to see the bridge from below. Not that you can really see much, that far away! 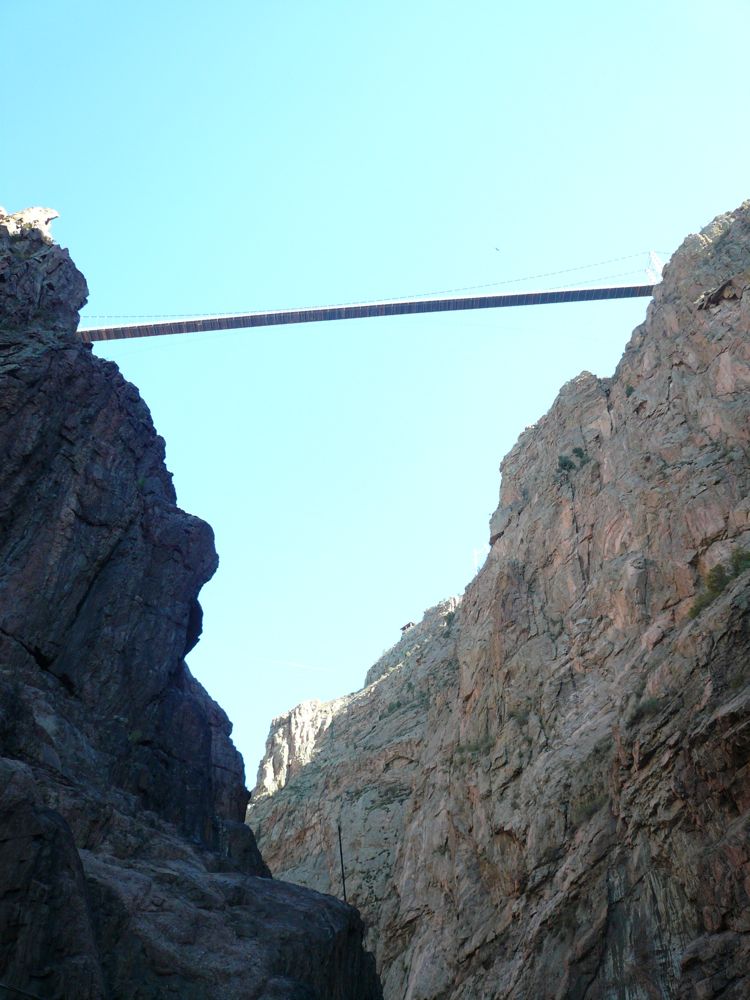 The Sergeant and I are not fond of crowds, so late in the day on a September weekday was a good time to go. We got on the incline railway without much of a wait, for example.
Visiting the Royal Gorge bridge is not cheap, at $25 a person, but there's a bunch of rides included, like the incline railway and the aerial tram. If you stop at the visitor center in Cañon City first, they have discount coupons. I was lucky and bought a 2-for-1 Groupon back in May. 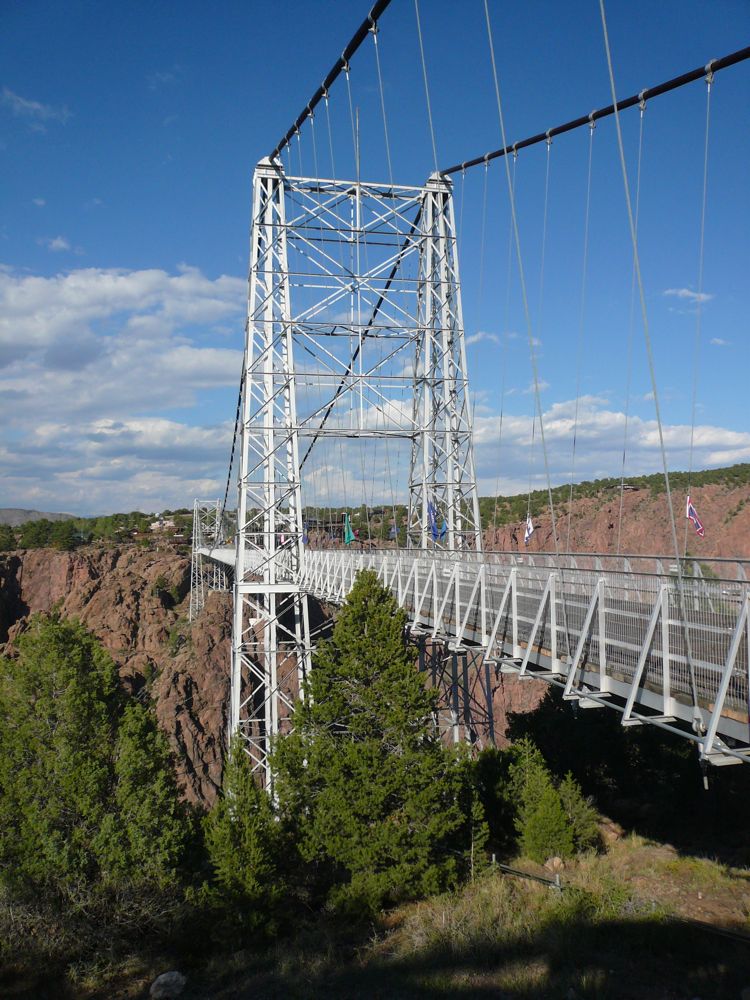 If you happen to be passing through Colorado on U.S. 50 (or visiting kin at the nearby Supermax federal prison – the Unabomber's there, for example), be sure to swing by!
Posted by Kitt at 10:25 PM