Time to make the sauce 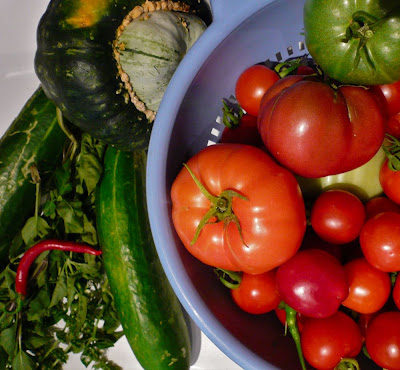 This is round two of tomatoes from the garden. Round one became a slow-simmered sauce with onions and mushrooms, for putting over pasta. We'll get many dinners out of that.

This batch I roasted with garlic and herbs, then pureed. It made a really good pizza sauce, which I also froze in small batches. 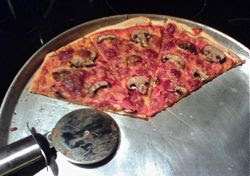 I had never made pizza crust before; I was surprised at how easy it is. I topped the pizza with mushrooms and thin-sliced spicy sopressata. And mozarella, of course.

The cucumbers became pickles. The squash is going to become ravioli. Probably next weekend.