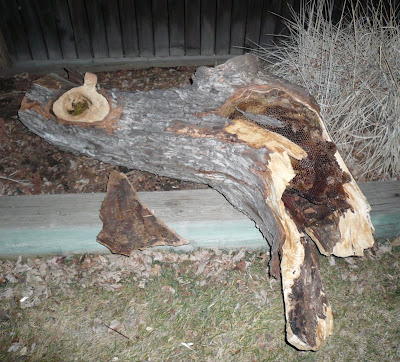 You may recall that at the end of January I brought home a big hollow branch that had once housed bees. I wanted the comb for a swarm lure and also because beeswax is handy for a lot of things.

My bees enjoyed exploring it, looking for anything of value they could carry home – honey, pollen, propolis. But I couldn't let the log stay intact. I wanted the comb, and I didn't want a new swarm deciding that would be a good place to live. So today the jigsaw came out. 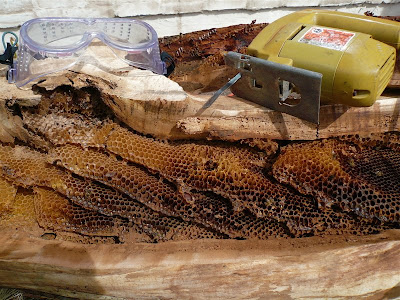 The weather was just cool enough that only a few bees came by to see what I was up to.

Here's a little video of the log. (I also filmed the actual sawing. Wow, was that ever boring.)
There were a fair number of dead bees in there, including a very small group of what appeared to be the original cluster. But it was clear that the hive had been thoroughly scavenged. That made pulling the comb out a non-sticky task. I got a good amount. 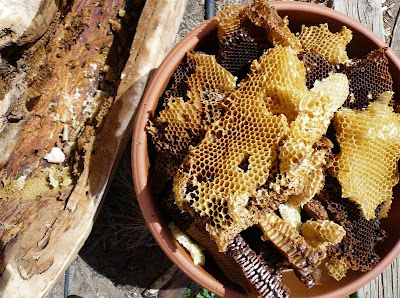 Melting this stuff down will be another adventure, involving pantyhose, and pots from Goodwill.
Posted by Kitt at 12:56 AM