We love it when Jackson the Big White Poodle finds friends who like to play as roughly as he does. He's muscular and rambunctious, and he tends to intimidate small or meek dogs. 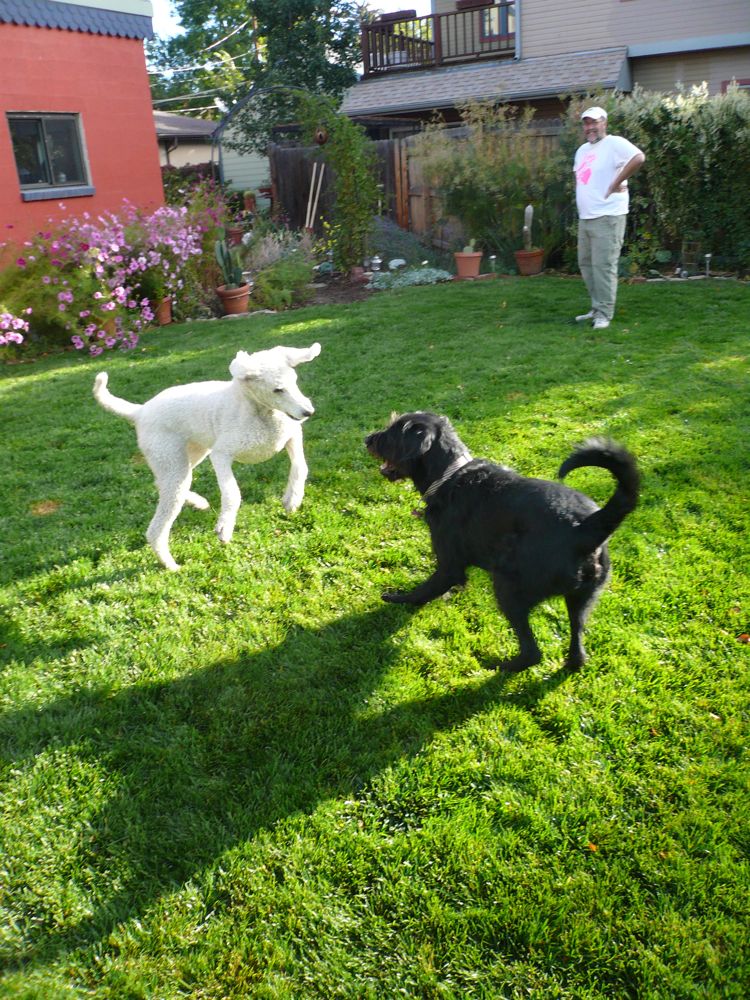 Argus the labradoodle is about a year and a half old. He is not intimidated by Jackson and has boundless energy. He plays like a poodle, with lots of bowing and spinning and body-slamming.

He and Jackson worked off a little energy in the back yard yesterday before we took them to the dog park. It helps to get the howdys out of the way before they're confined together in the back of the Subaru. 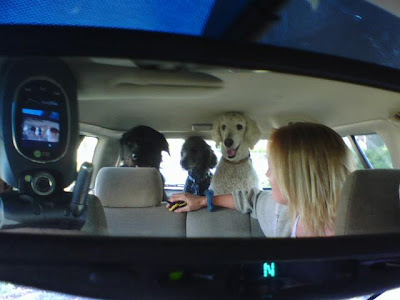 At the park, they all ran around like crazy. Even Lucy did a little romping, though she is usually less interested in such shenanigans. She used to beat up on Jackson when he was a puppy, but now that he outweighs her by 20 pounds, she thinks it's not fair that he pushes her around. 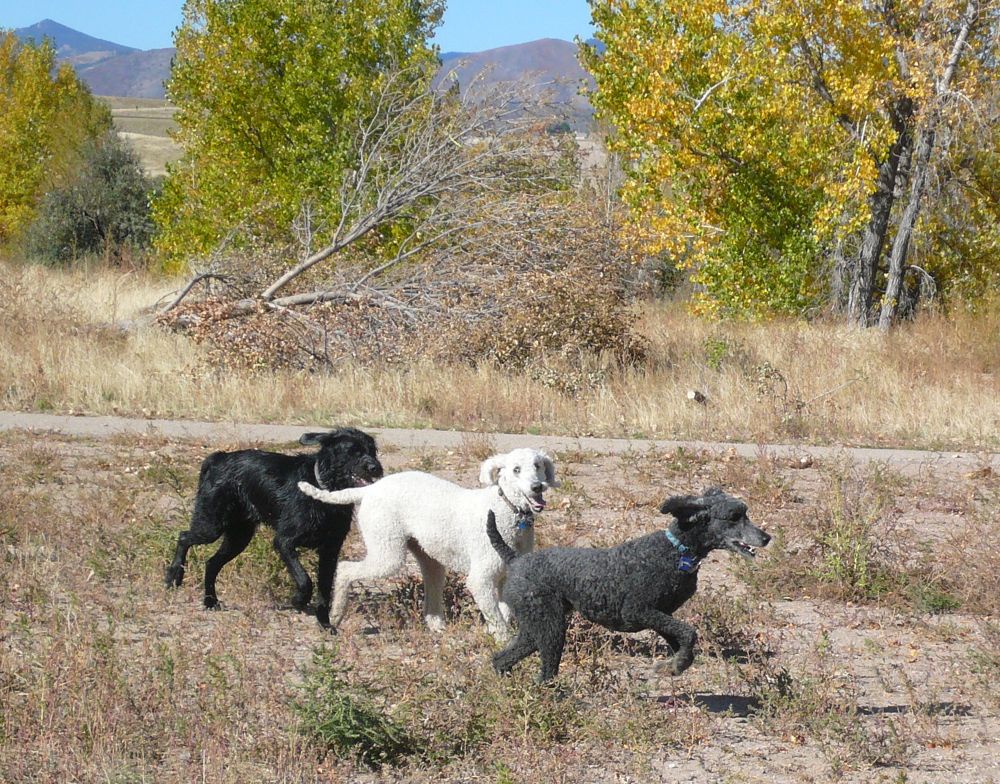 While we were there, we checked out the beaver tree, whose downed limbs have been removed. A bit of wire fencing protects what's left. 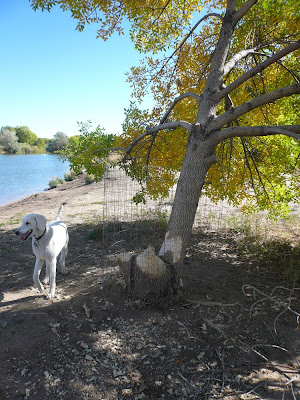 We do like having some shade by the water, so I'm glad the powers that be opted to protect the remaining trunk.

After a couple hours of rigorous play, the dogs piled back into the car wet, dirty, tired and happy. We hope Argus can come play again soon! 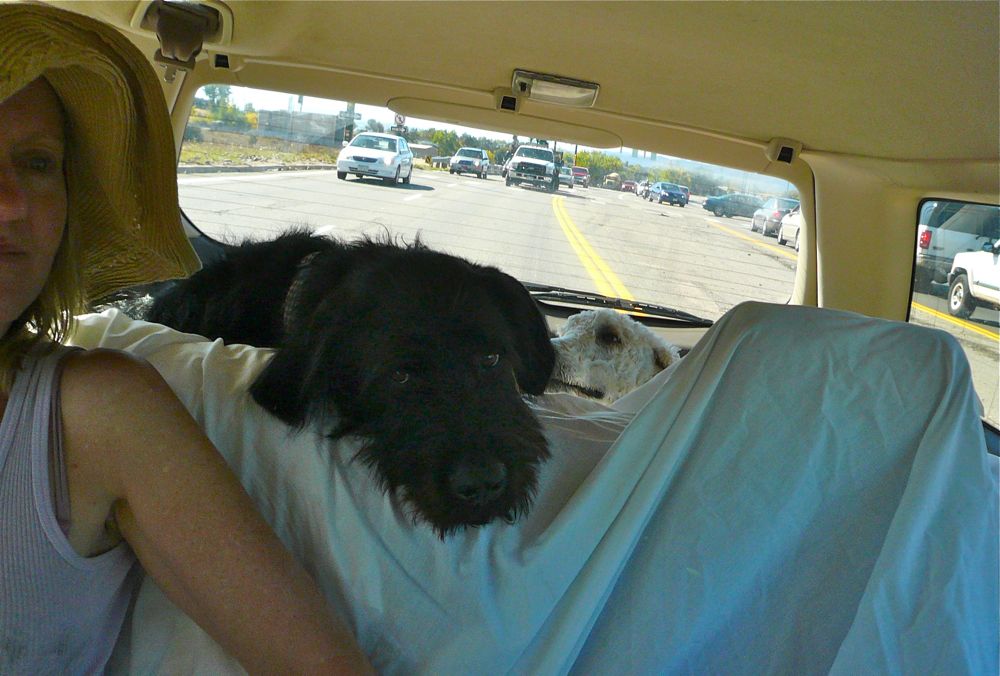