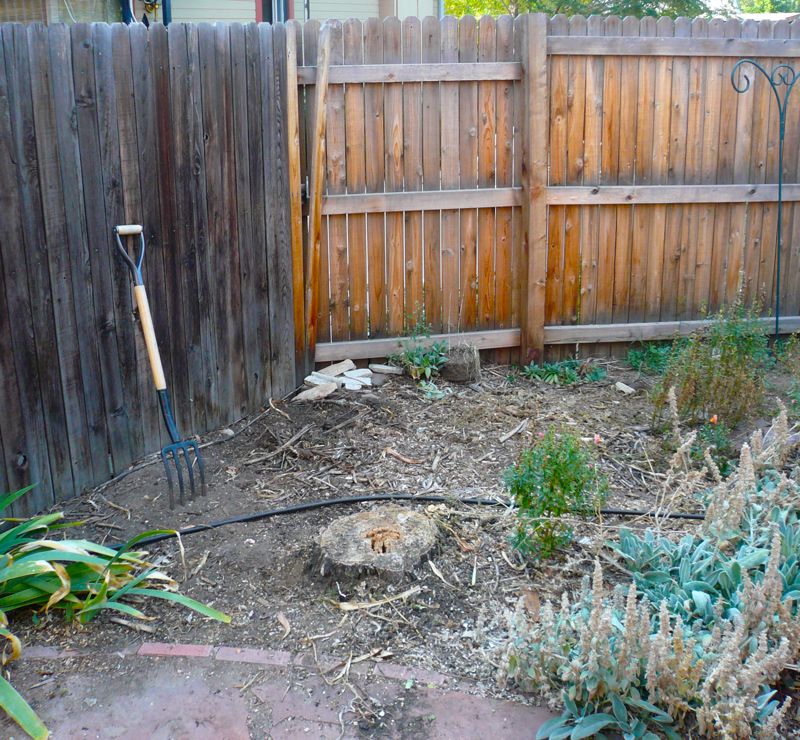 Getting rid of the stump was another story. (Yes, it's the one where I photographed the giant wasp.) Rushton's grinder is the size of a golf cart, on treads. 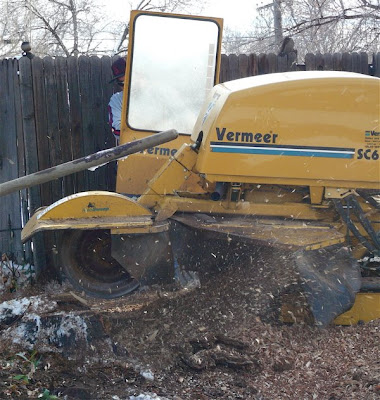 It would destroy all the ground cover I'd recently planted along the path, and is too heavy for the patio flagstones. I needed a smaller grinder.

The first guy said he'd do it when he had a bunch of orders together. Well, more than a month later, I finally got ahold of him again. "Oh, I forgot. But I can come today!" Then he didn't show up. (That was Tom at All Area Tree Care, if you're shopping around. Don't call him.)

The next company, ArborScape, had an estimator out, scheduled for a week later, and when the guys showed up, they said, "Uh, our small grinder broke, so we have to use the big one." Oh no you don't. 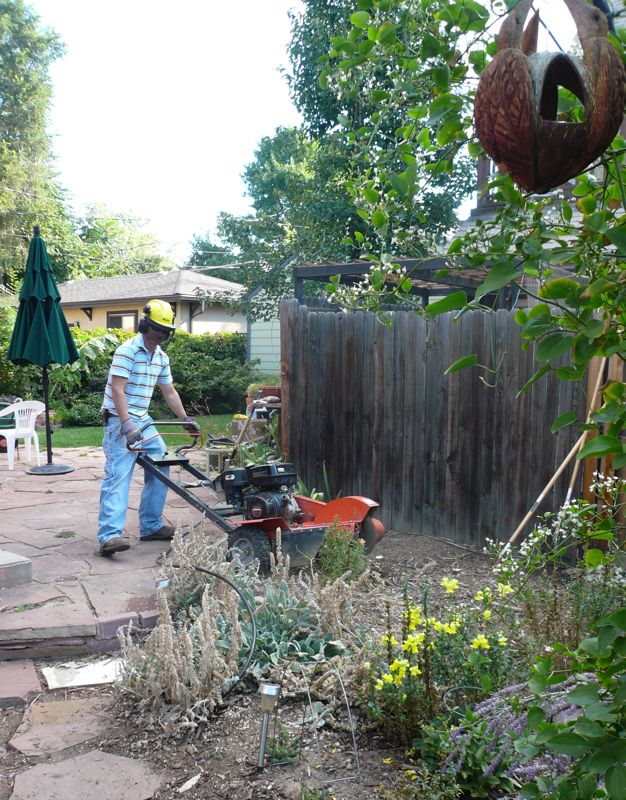 The third place had a picture of a small grinder on their website, but didn't actually own one. They referred me at last to Stump Removal & Daughter, who came out and did the job the day after I called.
It seems kind of crazy in this economy that it's so hard to find someone to take your money for a job that took less than an hour. In the end, the stump removal cost us less than any of the previous estimates, and the service was spot-on. 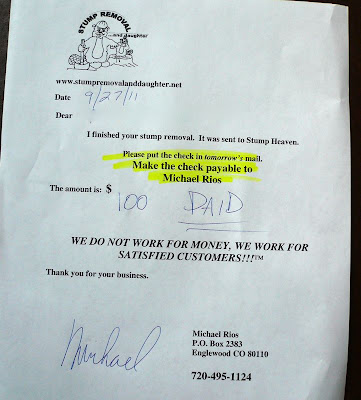 So if you're looking for stump removal in the Denver area, we heartily recommend: