The days are warming up! I go to the park in all kinds of weather, but it's nice when I don't have to bundle up quite so much. Today was a no-hat no-gloves day. Sophie will need to be sheared soon so she's not quite so Dog of the Wilderness. 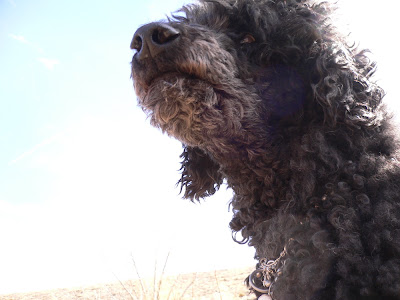 After wading in the river, Lannie has flood pants. She looks goofy because I caught her just at the tail end of shaking off. Her front legs have the shaved sections because she recently had surgery and that's where the catheters were. I should've asked the groomer to even them out a bit so it doesn't just look like a bad attempt at frou-frou. 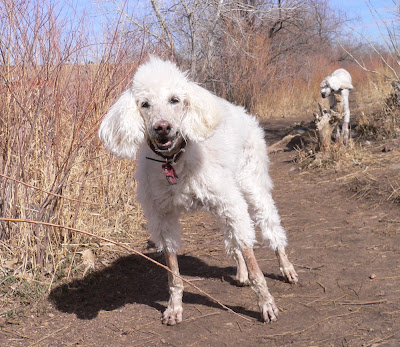 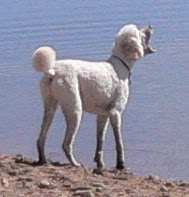 Leo found some ducks, but they refused to come when he called.
Posted by Kitt at 11:41 PM