I try to go to the dog park during the week; the weekends are too crowded. You risk reaching a critical mass of dogs where one crabby dog can turn it into a free-for-all, and I find there are more people who have less control over their animals.

On a weekday, though, there's lots of open space to explore without distractions. Mysterious pipes! 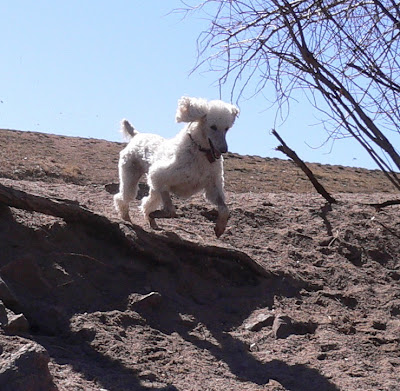 And sandy banks for leaping over! 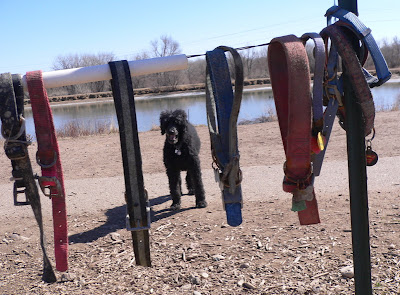 Lost something? You might find it here. A missing collar ... 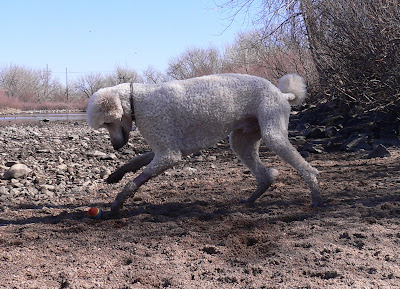 Or maybe a tennis ball! 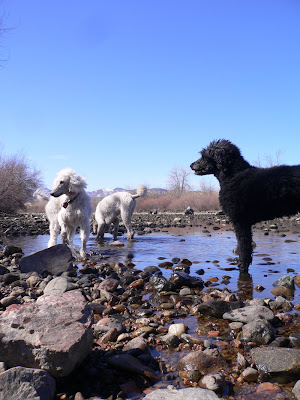 The river is running pretty low today (they're doing some work on the spillways). 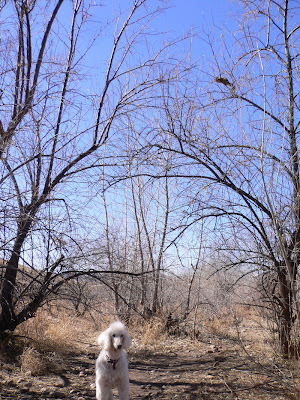 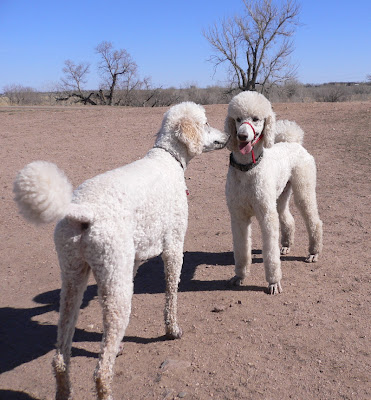 We also met another big boy poodle named Cody, who wears his Halti all the time because he likes to nip butts (!). 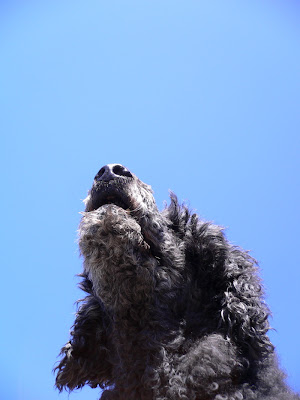 Sophie says, "Ooooooh! I just looooooove the park!"
Posted by Kitt at 3:00 PM