When life hands you coconuts 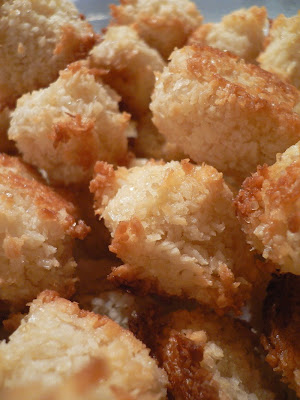 Perusing the bulk food section on Friday at Wild Oats, I discovered they have organic shredded coconut! It was way on the end.

I have been buying shredded coconut in packages that cost nearly twice as much. This was $2.19 a pound. And at Safeway, you can't even get the unsweetened kind. 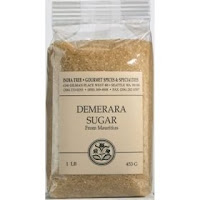 I whipped up batch of macaroons last night (seriously, these are probably the easiest cookies you can make). I used the same coconut macaroon recipe as before but tried Demerara sugar to see how it would taste. This is raw cane sugar that has really large crystals and a slightly "browner" taste. I used just under 3/4 cup.

The larger crystals made the macaroons a little trickier to shape, as they didn't want to stick together, so I just went for lumps instead of fancy pyramids. But the taste was really good, and they didn't seem to burn on the bottoms as quickly. I left them in the oven longer (about 12 minutes) to get brown and crispy the way I like them.

In the middle of the night in a Tupperware container they don't look all that fabulous, but served up with pretty china and linens they become elegant. 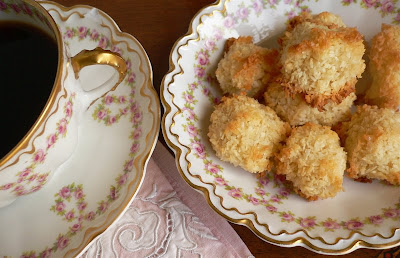 Thanks to Clotilde at Chocolate & Zucchini for the original recipe.
Posted by Kitt at 10:55 AM