I've been eagerly anticipating the arrival of this Very Large Box. Yesterday was the day! The shipment arrived while I was at work, so I was thankful for good porch lights.
There was some very minor assembly involved (attaching the legs), and then .... voilà! 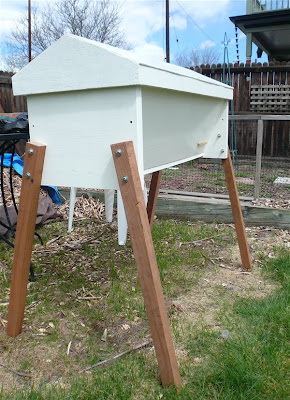 This is a top-bar hive built by the Sergeant entirely from wood he had on hand. 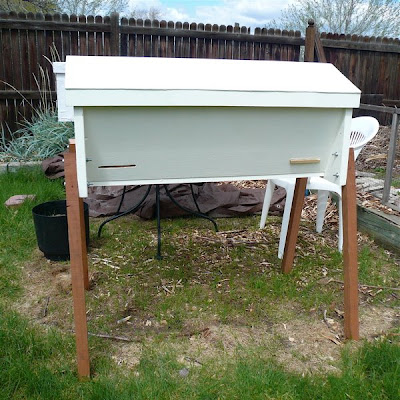 It has two possible entrances, both facing into the yard so the main bee traffic will go that way. On the west side, a very special feature: 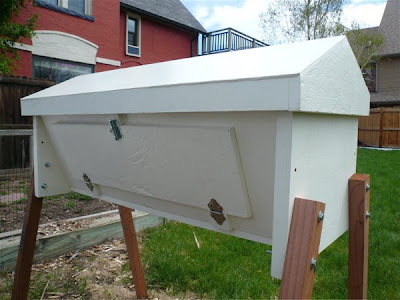 Yep, it's an observation hive! If I want to check on the bees' progress, I don't have to open up the top and disturb them. I can just open the window to peek in. 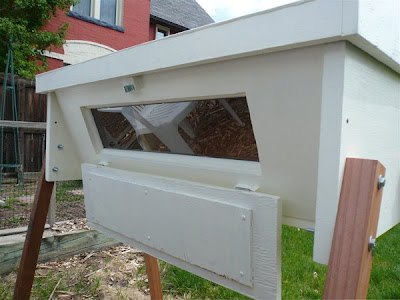 This hive has wedged top bars, which I stayed up late waxing (more on that later). The bees will hang their comb from the bars. 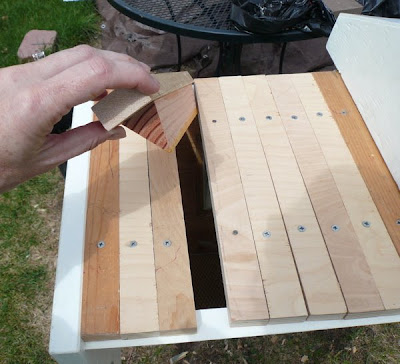 And the bottom is screened, with a removable solid board under that. 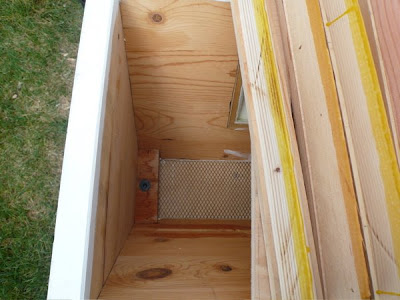 There are also follower boards so I can adjust the volume of the hive as needed.

Isn't that awesome? The Sergeant is a genius.