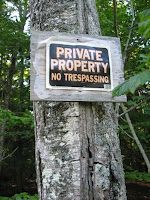 Because the land on the other side of the road is swampy, no one has ever been able to build there. It's all overgrown forest, filled with wildlife and lots of fodder for a young imagination.

There used to be a clearing back in there, which my grandmother called The Elephant Stamping Grounds. There were deer trails all over the place, and you could go pretty far through the woods, then pop out on the road to walk home if you got tired of bushwhacking.

I don't remember if there were "no trespassing" signs posted then. I never saw anyone there, ever. 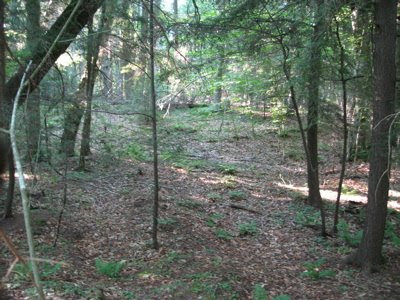 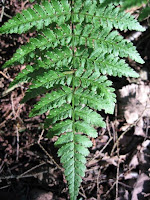 As a kid I took pride in being able to spot and follow the deer trails. Maybe the woods have changed, but it's not so easy when you're a grown-up. Lots of downed wood and dead ends. Spiderwebs across your face and mosquitoes trying desperately to find exposed skin.

But there's still plenty of beauty and mystery there.

Like the mystery of who lives in this hole: 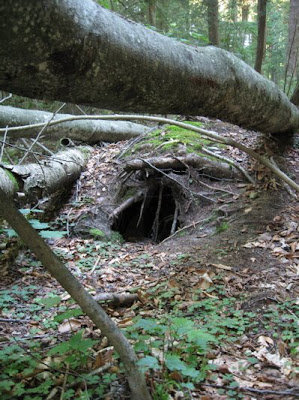 And what is it like on the other side of the swamp. Plenty of deer tracks across. 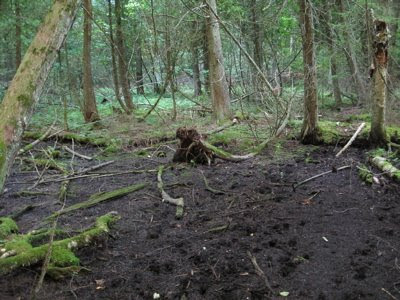 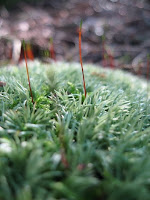 There's a clumpy kind of moss that grows back there on downed wood. It has red stamens (if that's what they're called). If you put a clump of it in a terrarium and keep it moist, all kinds of interesting things will grow out of it.

I took my niece back in the woods the other day to get some, but she was dubious. "Are you sure we're not lost?" 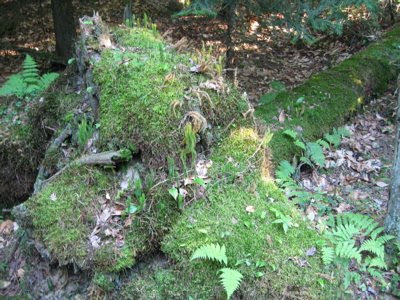 The downed trees quickly become ecosystems unto themselves, with little baby trees growing out of the moss on the upended roots. 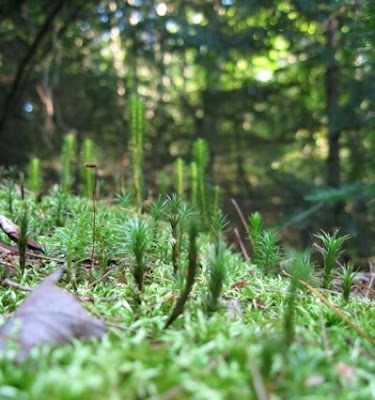 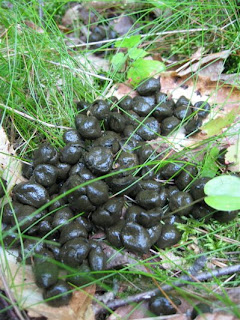 If there's any doubt that there are deer back in the woods, you need only keep your eye on the ground along the trails. (Though you also need to keep an eye out at eye level to avoid getting a face full of spiderweb.)

It can be useful to know who's leaving poop in the woods, and what they're eating.

And it can be a little disturbing when you run across some you haven't seen before. Some that's on the large side. 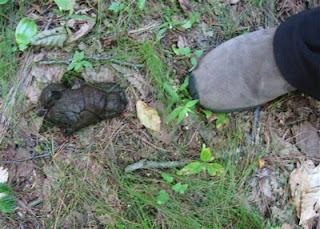 Hmmm. It would appear we've got a bear! Unless you can tell me that this is some other large critter's scat. It's not dog. Not human. Not mountain lion. What else is there?

I should have poked it apart with a stick to see what the bear's been eating. Most likely berries and grubs. 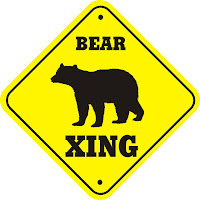 Happily it can't be a grizzly; the bears here are the mostly mild-mannered black bear. I never heard of them being in Door County until fairly recently, when one was spotted in our driveway a few years ago. It was the talk of the neighborhood.

Here's an interesting page about black bears in Wisconsin. I'll have to go back and see if I can find any bear trees. I'll go earlier in the day; bears are most active at dusk, which is when I spotted this pile.

We may have to change the name to the Bear Stamping Grounds.
Posted by Kitt at 10:08 PM