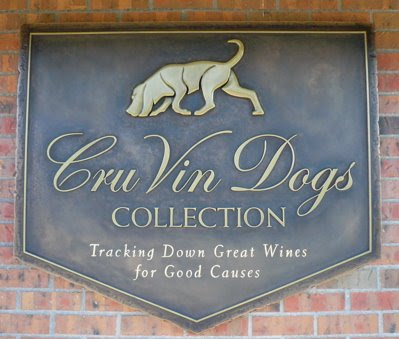 I usually notice changes in the neighborhood right away, so it's a little embarrassing to discover two things in a row that I had walked right by. 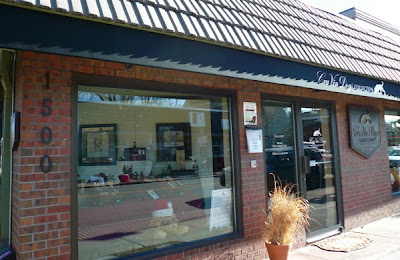 First, there's this business called Cru Vin Dogs that has taken over a space on South Pearl Street formerly occupied by real estate developers. From what I can tell from their website (and blog), they have a winery in Sonoma where they blend wines and bottle them with a dog-portrait label, then sell the wine and give some portion of the proceeds to dog-related charity.

I have no idea when they moved into this space pictured above (which is office space, not retail). Or why they're based in Denver when their operations are in California. Puzzling, really.

Then there's a change in this other batch of shops a few blocks south. I've already written about Seven Cups teahouse. Next to it is The Reserve List, which is a great wine shop (and yes, they carry Cru Vin Dogs wines). On the corner is the space formerly occupied by the Chocolate Berry, a sweets and coffee shop.

I was surprised the latter stayed open as long as it did. The block sees a lot less foot traffic than the main business strip farther north. And frankly, the coffee there was not good.

Two other bloggers alerted me to the liquor license hearing sign in the window. Apparently the place may become "Park Burger" courtesy of chef Frank Bonanno, the master behind my lovely birthday dinner at Mizuna. Though he claims in the press to be a minor shareholder in this new venture.

Guess I need to pay better attention to the businesses around here, not just the trapezes.
Posted by Kitt at 12:54 PM

Email ThisBlogThis!Share to TwitterShare to FacebookShare to Pinterest
Labels: restaurants