Here's what the recipe calls for: 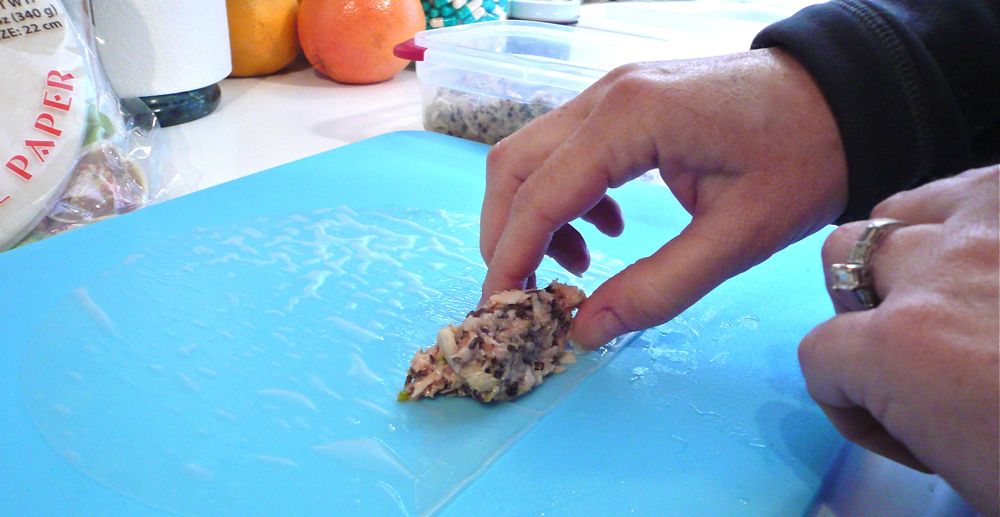 Mix together the filling ingredients, then roll them up in the wrappers. There's a decent video here that shows the rolling process. 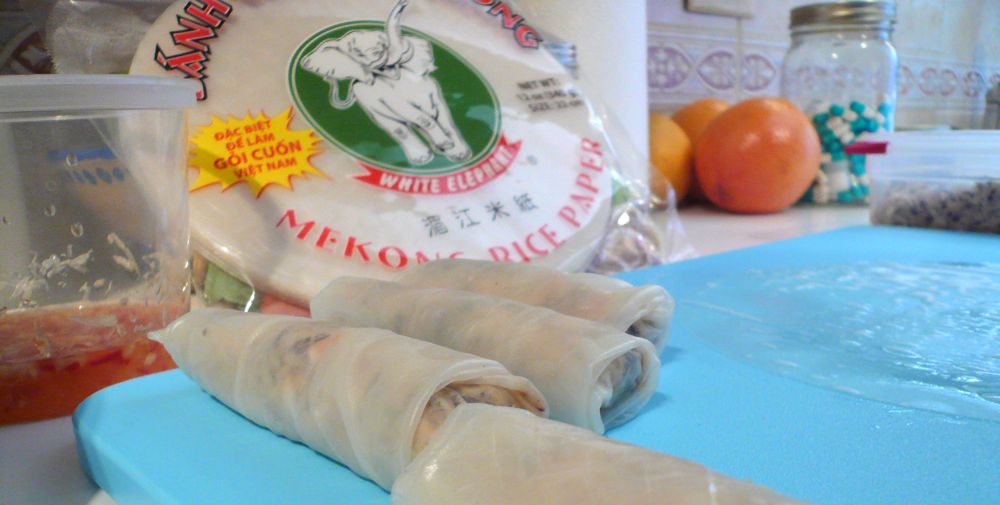 If you don't have a deep fryer (we don't), heat about an inch of oil in a deep frying pan over medium heat. You don't want the oil to get too hot or you will char the outside of the roll before the filling is cooked through. Fry your rolls, turning them occasionally, until they are golden, then drain them on paper towels. Traditionally, you would cut the rolls in halves or thirds and eat them rolled up in lettuce leaves with rice noodles and herbs. But we like them simply dipped in fish sauce:
Yum!

Life has been busy lately, for me and the bees.

Three days after installing that package at my friends' place, I went back to release the queen. Her cage was completely covered with workers who were keeping her warm and fed. 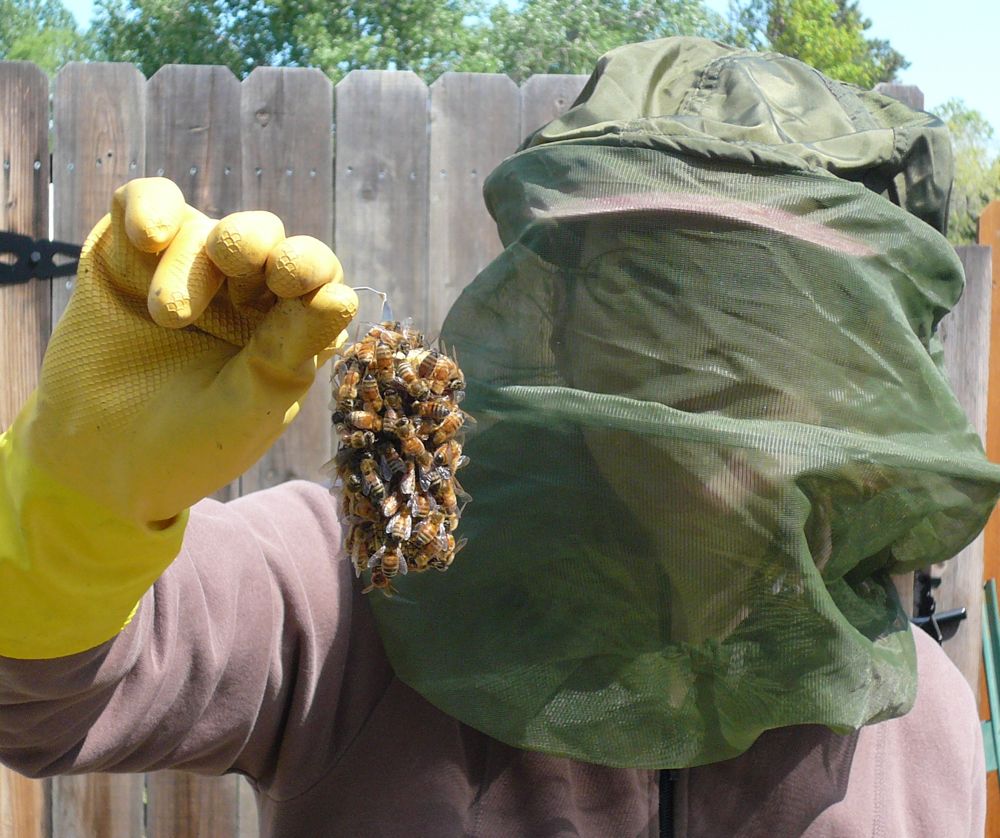 I brushed them off and tried to get the cork out, but only succeeded in breaking it off and pushing half of it into the cage. I had to leave the cage flat in the bottom of the hive so the queen could scramble past the cork once the workers chewed through the marshmallow I'd left in its place.

My friends retrieved the empty cage later and now report that 10 combs have been built out and all appears well, so that's a relief.

Meanwhile, our own hive swarmed (!) while I was at work. The swarm landed 20 feet up in a tree and disappeared later that day. But the bees that remain appear abundant and calm, so I have to assume they've managed to produce a new queen. I'll try to do an inspection next week just to make sure. And perhaps harvest some honey, too.

I received three swarm calls otherwise (two from a local garden center), which I passed along to others. I just didn't have the time to get them. 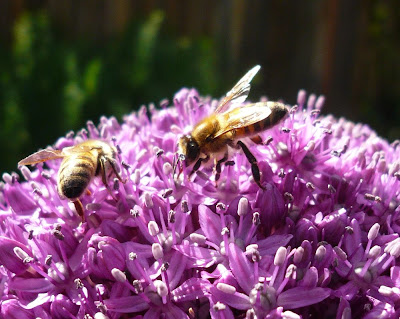 The alliums I planted last fall have been blooming like crazy, including Allium "Ambassador," a softball-sized bloom that was worth the $8 I paid for it from Brent and Becky's. It's simply spectacular.

Our poppies have self-seeded in random parts of the yard and are also happily blooming. The bees adore them, even after the petals fall off. 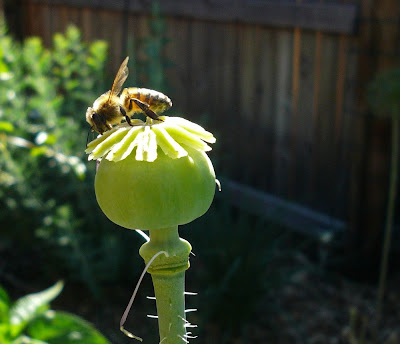 I hope your days are busy and blooming, too!