Why "The Safari Room"?

Susan was wondering why I call it The Safari Room. Here's why: 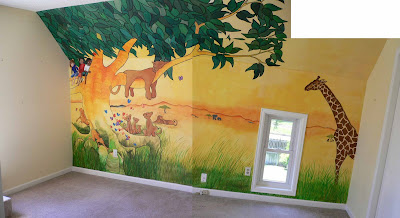 This used to be the nursery. I love the mural, and since I wasn't putting bookcases on that wall, I decided to leave it there. The children on one end and the giraffe on the other were partly covered, but it's otherwise intact. 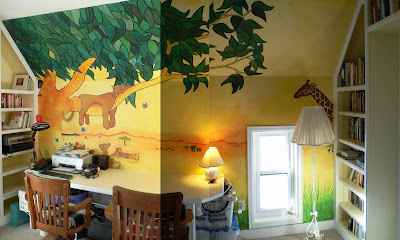 I have a bunch of stuff in boxes under the desk, since I was using the room for storage until the shelves were done and the books in. This room is all nonfiction.

And this is the fourth wall: 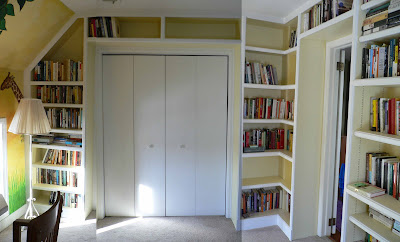 That's a nice big closet that extends behind the wall on either side. Also full of boxes, an extra futon, some clothes. i.e. a lot of stuff I should just get rid of.