Sophie and I were walking with a couple friends and their dog after lunch. Suddenly the mailman who's down at the other end of the block starts yelling at us. "Stop! Stop!"

I'm thinking, "Geez, I guess he really doesn't like dogs," until he yells, "There's a bee swarm right there!" 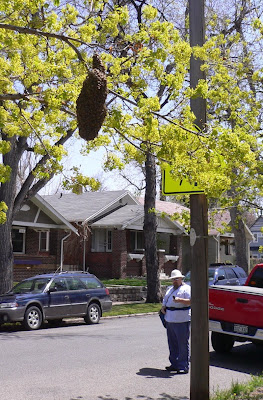 The bees came from a hive in a nearby hollow tree: 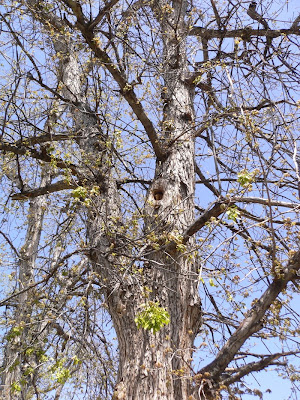 The woman who lives right there said they swarm every year as the hive reaches capacity and sends out a new queen. 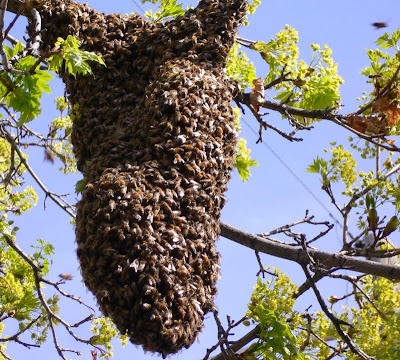 Swarming bees aren't a danger if you don't mess with them and move slowly. They're more interested in their queen and in what the hive scouts have to say. 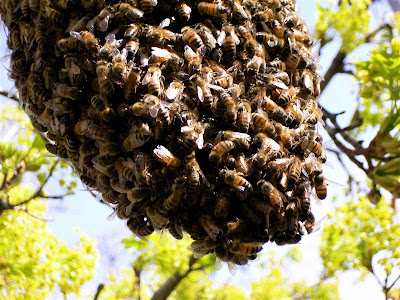