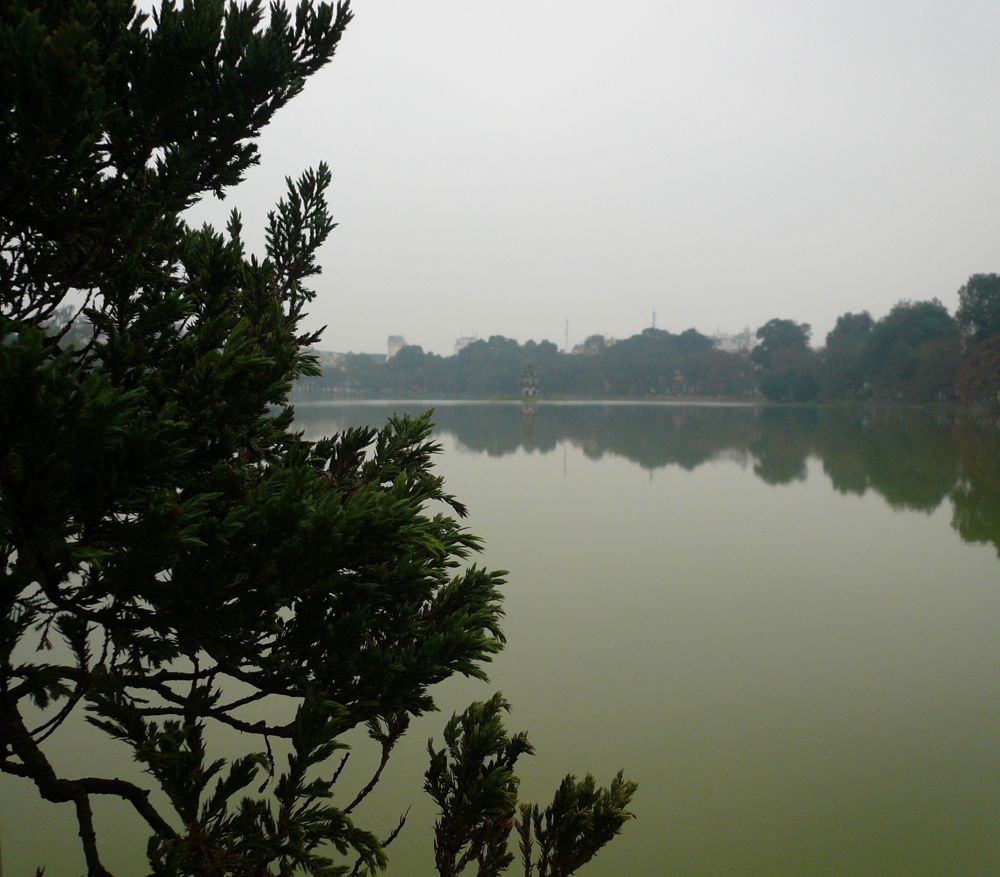 At the north end of the lake there's a little island with a temple, reached by a picturesque red bridge. 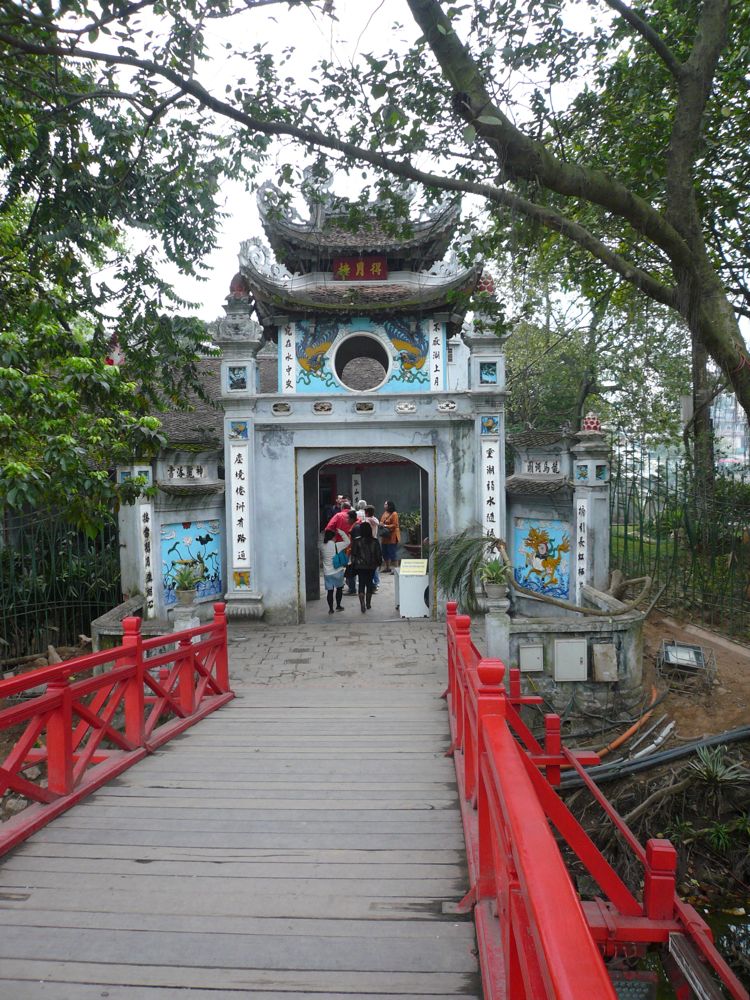 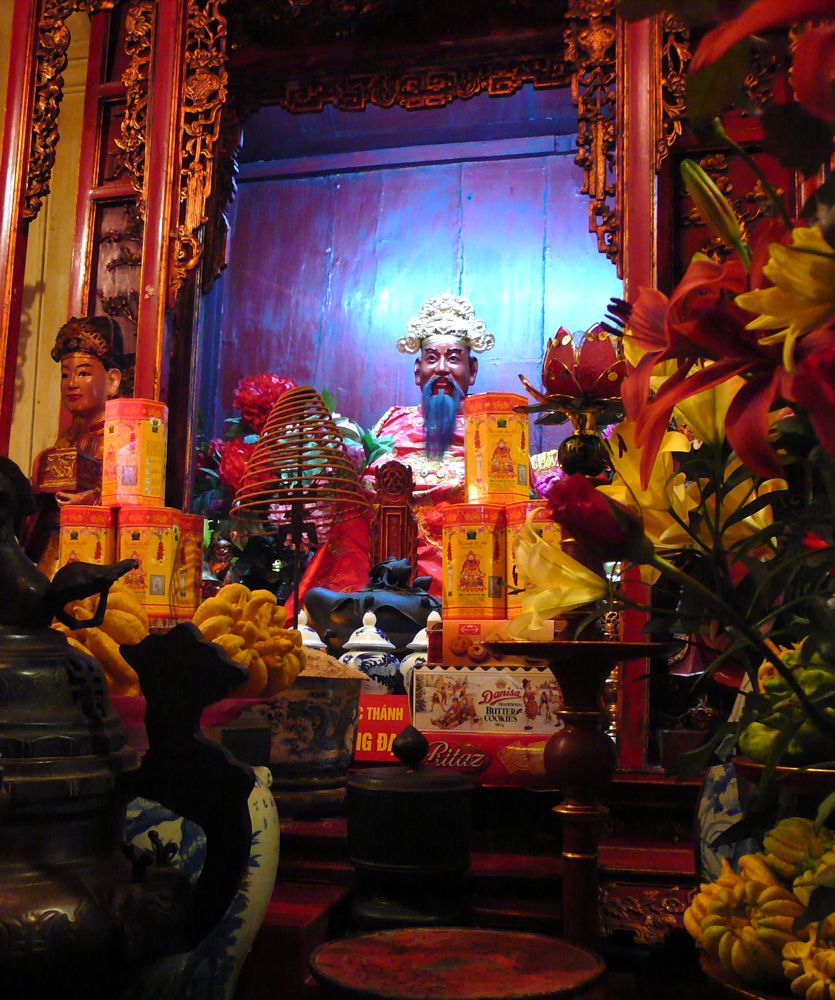 Is this the scholar or the warrior? I don't know. He had plenty of offerings, though, from Chinese money to piles of cookies, rice and fruit, including Buddha's hand citron (which makes a mighty tasty infused vodka, as my friend Jen can attest!).
The island also has a pretty pavilion where chess players gather. 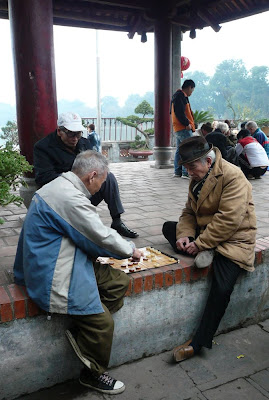 The temple also pays homage to a denizen of the lake – a giant turtle god that gave a magical sword to the Emperor Le Loi to vanquish his enemies. That task accomplished, the turtle took back the sword and gave the lake its name: "Hoan Kiem" means "Lake of the Returned Sword." 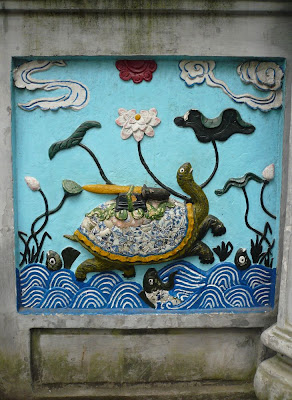 In fact, there does live in the lake a species of giant, soft-shelled turtle that is now near extinction. In a room off the temple there is the preserved body of one that was captured and accidentally killed in 1967. It was 6 feet long and weighed 440 pounds! 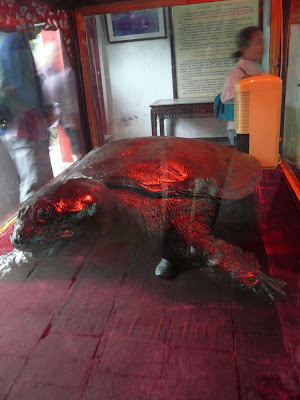 It is said to be very lucky to see a giant turtle in the lake, and many believe there is only one left. Last year, there was great concern about the health of a turtle that was spotted with some kind of lesions on its head and body. It was captured and treated with antibiotics, then returned to the lake. 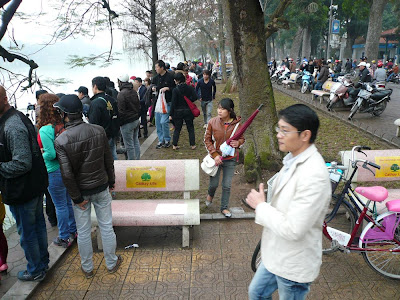 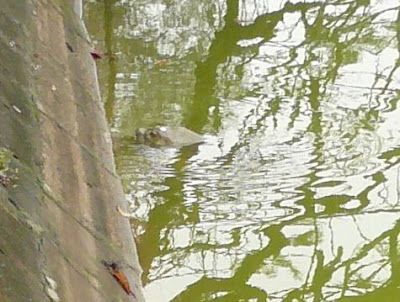 We felt very lucky indeed!
But even if you don't see the turtle when you visit Hanoi, Hoan Kiem is the perfect place to to enjoy some natural beauty in the heart of the bustling city. 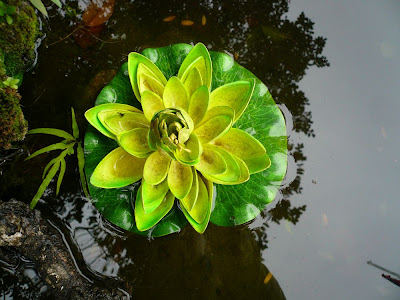