The dog park bee tree is not faring well.
The photo on the left is from June 2, the one on the right from Sept. 23. I noticed a couple of weeks earlier that yet another trunk had blown down, but I kept forgetting to take my camera and veil with me so I could get some closeups.

I had my camera on Friday, but no veil, and the light was not great, but so it goes.
The hive is still quite active, despite being miserably exposed. Lots of traffic meant I couldn't get very close.

I feel very sorry for these bees, who probably won't survive the winter. I think about how I could help them. A piece of waterproof canvas? A three-sided box? It's probably not feasible to try to remove them – the queen would just hide in a crevice, and bees without a queen have no hope at all. 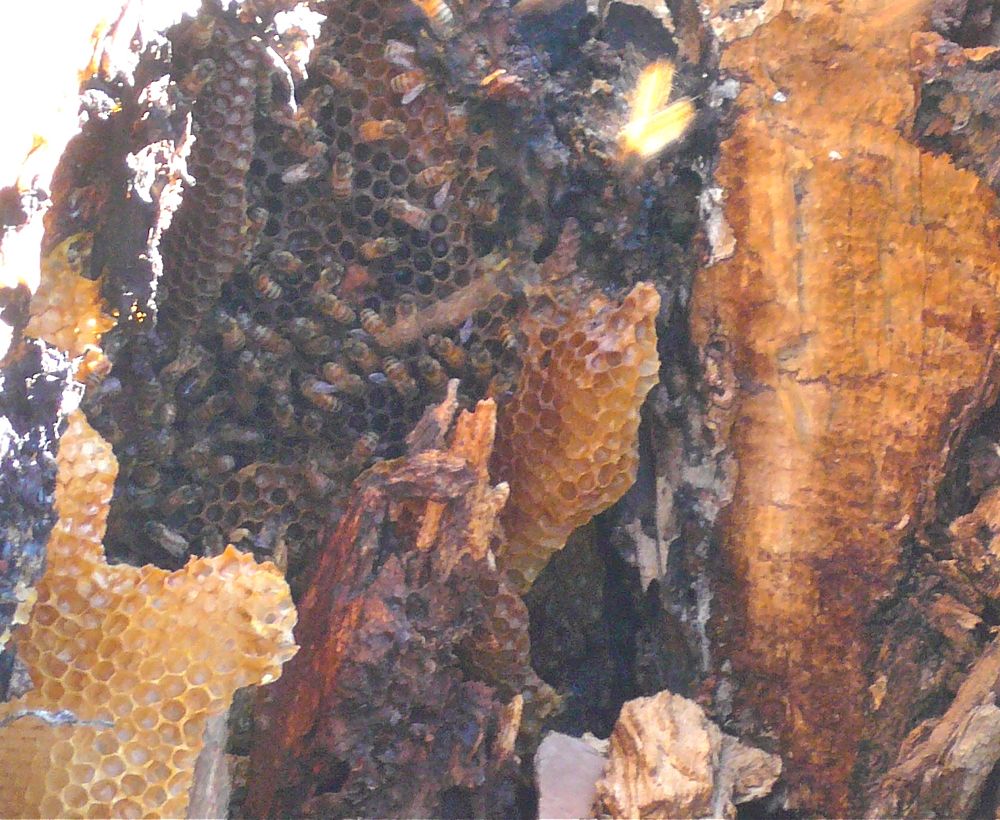 I will keep checking on them as the year advances and the temperatures drop.

Meanwhile, my own bees are working from sunrise until after sunset to prepare for winter in their cozy box. 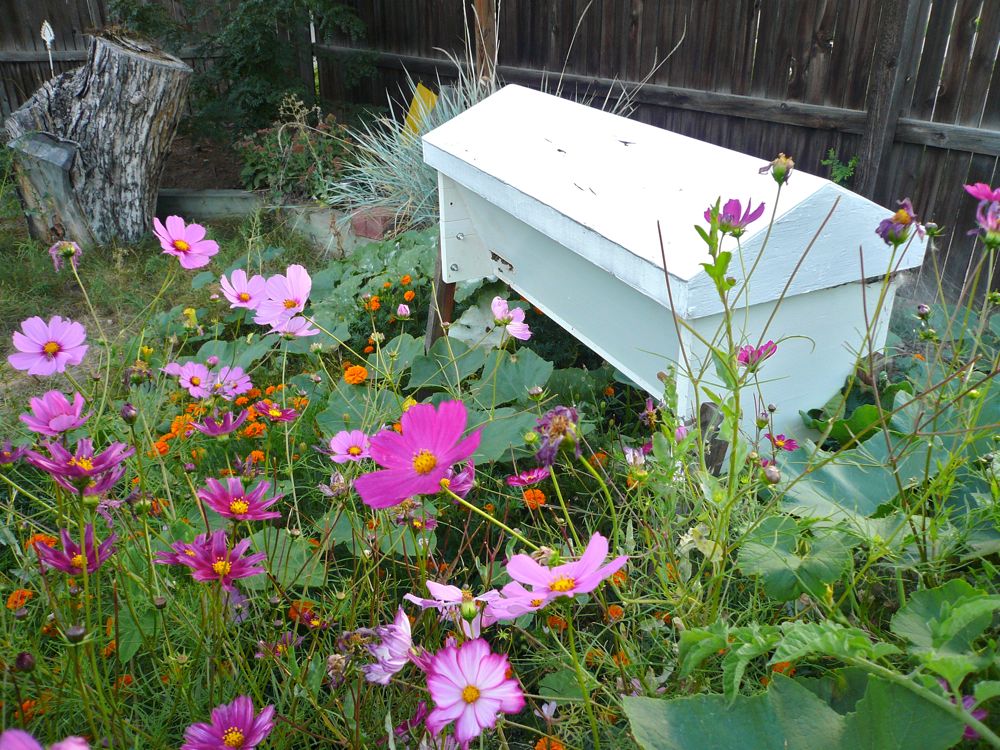 The Sergeant planted marigolds underneath it and added a mini-sprinkler. The marigolds flourished, as well as a couple of squash vines that meandered over from the vegetable garden. 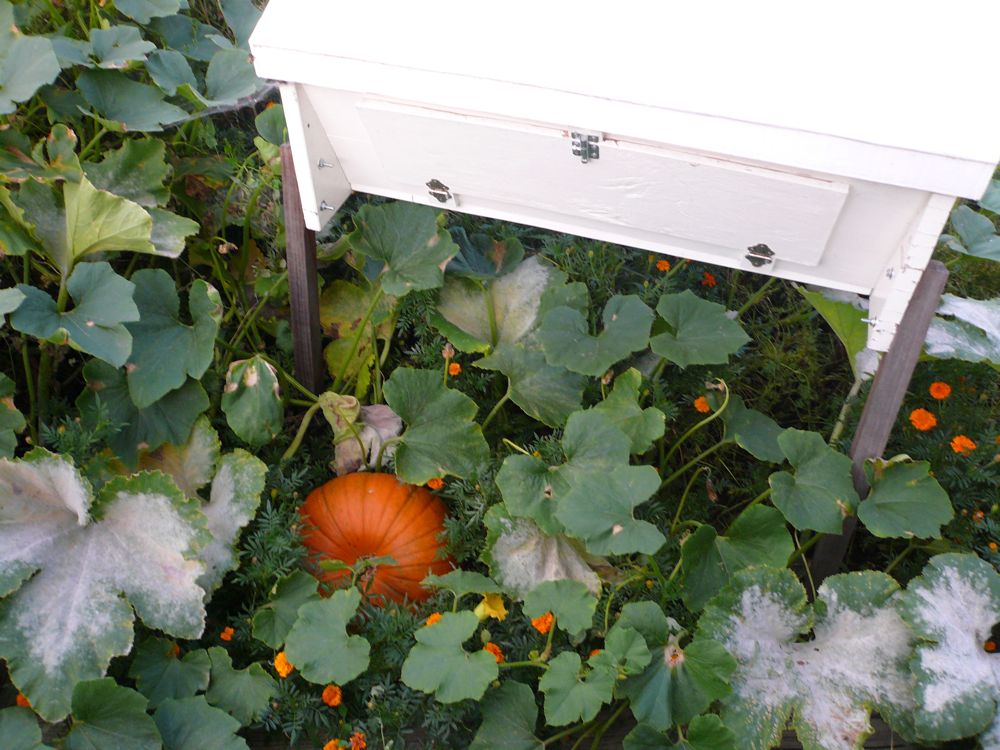 There's one good-sized pumpkin under there, and a buttercup squash. We've started seeing some powdery mildew on the squash leaves, but there's not much to be done about that this late in the year. 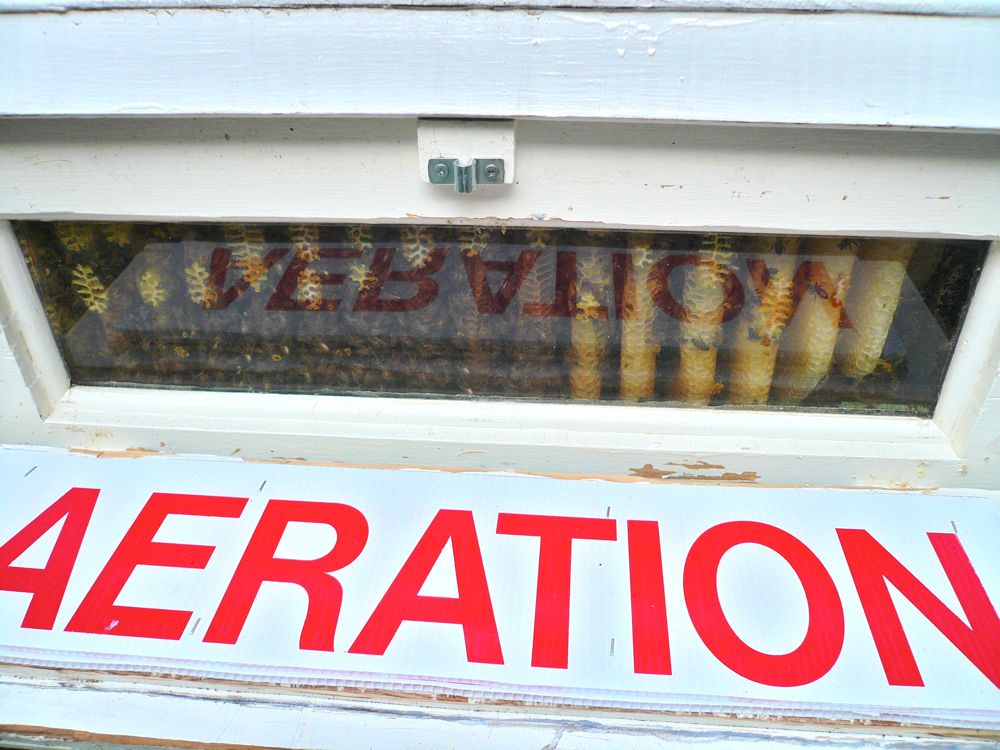 You can see that the bees have nearly filled the box with comb. It looks to me like they're putting their honey closer to the entrance, where it will be added insulation.

I suppose I am a bad beekeeper for not inspecting the hive more thoroughly by opening the box and lifting out the frames. But since I have no intention of harvesting anything until their second year, there doesn't seem to be much of a point. I will cross that bridge next spring.
Posted by Kitt at 5:44 PM