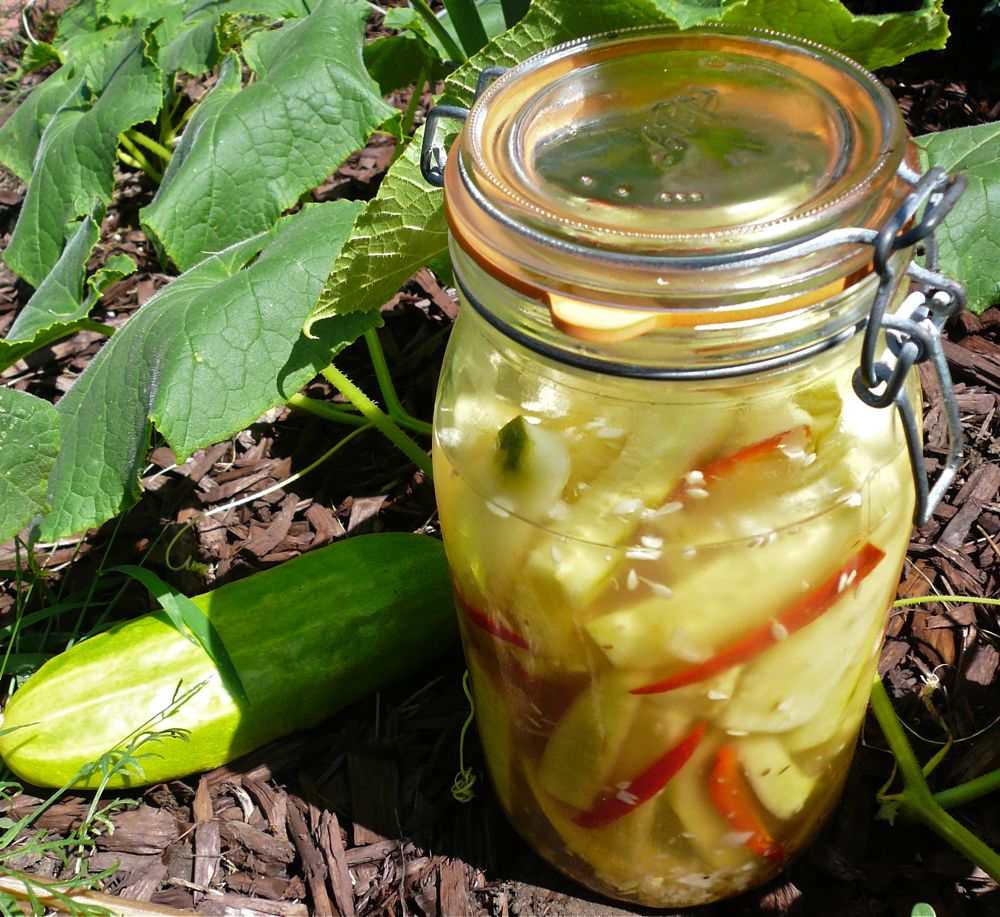 I planted a couple of cucumber seedlings in a newer flower bed where they would get some water from the lawn sprinklers. They are not as aggressive or as large as pumpkins, but provide some nice greenery and, yes, cucumbers. Time for refrigerator pickles!

These are really awesome. Really truly. And easy.

In a pot, bring to a boil the following:
Reduce the heat and let it simmer for a couple of minutes, then pour it over the cukes and peppers.

Let it all cool on the counter, then refrigerate.

If you don't like spicy, reduce or omit the peppers. I'm planning to remove the peppers from the brine after two days of pickling, since the heat is right where I like it.

I don't think this batch is going to last more than a few days, though – we're eating them so fast. I'll just make some more!

Thanks to Smitten Kitchen for the basic brine recipe (originally from Gourmet).