My Commute (or How I Learned to Love RTD Light Rail)

For the last 20 years, I've worked in downtown Denver, and I always used to commute by car. Most of the time, public transit either wasn't an option or just wasn't convenient or even much more affordable. I had an OK parking spot for $100 a month.

Then I broke my leg (MRI at right). That's another story.

I worked from home for two months, then had to pay $200/month to park in my office building (or risk falling on an icy sidewalk). Yeah, ouch.

In May I decided it was time to start getting more exercise and get that leg fully back up to speed. I resolved to take the train to work every day for a month. We live a half-mile from the station, and the train stops close to work, so that's a mile of walking every day, at least.

One month turned into two, then three... It's now eight months later and I've driven to work maybe three times in that entire period.

No joke; I don't ever want to drive downtown again. 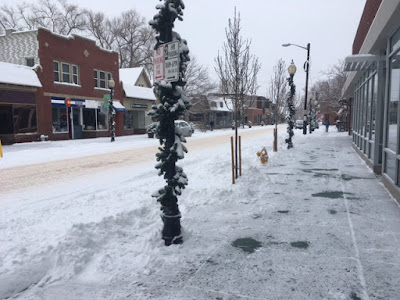 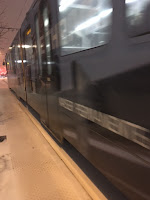 Even this morning, when it was 5 degrees out with lots of fresh snow, the walk to the station was reasonably pleasant. It was up to 7 when I left work, but I was well bundled up.

The train just zipped past all the gridlocked rush-hour traffic, and my husband made dinner when I got home.