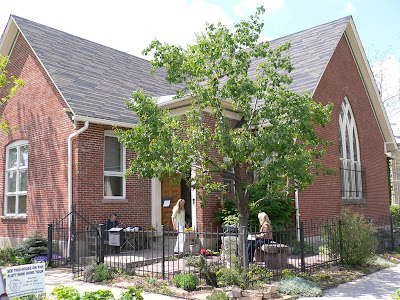 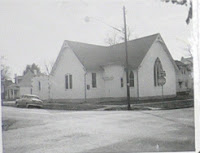 On Saturday, after the Furry Scurry, I went on a home tour in my new(ish) neighborhood. I say "ish" because I've lived at the edge of it, technically two blocks into the next neighborhood, for the last nine years. And I've been walking through it with Sophie all that time. I know all its houses well.

When I learned that the church house was going to be open, I had to go! I've always wanted to see inside. It was built in 1888, and later turned into a church rec center (guess where the basketball court was!) when a new sanctuary was built next door. In 1988 the current owners bought it. They converted one side into living quarters and used the sanctuary as a photography studio.

Now the studio is elsewhere and they will convert the sanctuary to a great room, guest room and library. 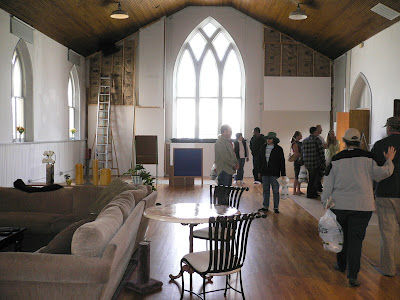 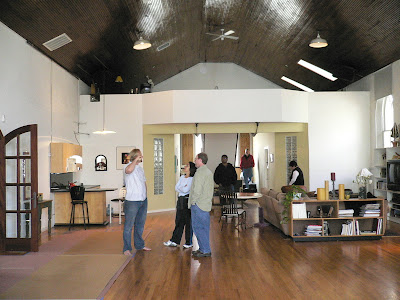 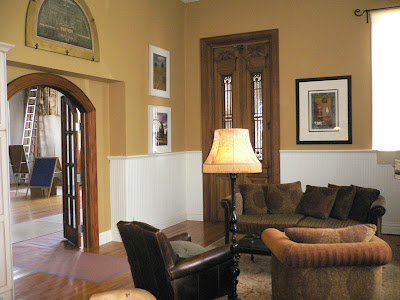 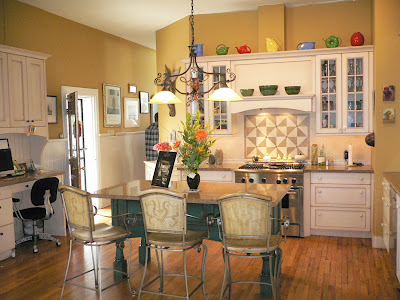 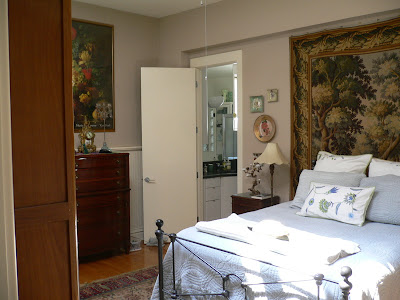