Lacis Museum of Lace and Textiles 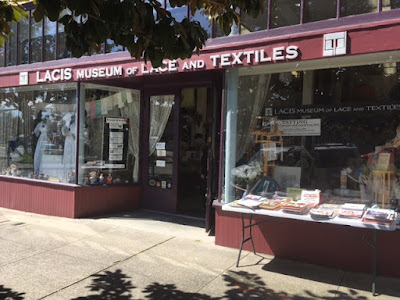 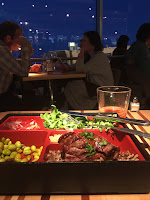 This last weekend I flew to California to hang out with my mother-in-law. The Sergeant was there, too, but he was working and we didn't see him much. I flew out late Friday, but I made sure I got to the airport extra early so I could have dinner and a drink at Root Down DIA. Root Down is a pretty nice restaurant in Denver, and their airport branch is bustling. I got the steak bento and enjoyed a Sazerac with it. DIA was recently named as having the best airport food in the country. I wasn't disappointed. I also played Pokemon Go, which is a rewarding activity in the airport. Lots of Pokestops and Pokemon, and lures set by people killing time.

The highlight of the weekend, though, was shopping with MIL. We went to Lacis Museum of Lace and Textiles. Every fringe needle art is represented, and I stocked up on random stuff like sashiko kits and embroidery floss. I would share more photos and details, but this was four years ago and I only just now discovered that I never finished the post. THE END.
Posted by Kitt at 11:16 AM