A lot of people are interested in the bison auction. First the winning meat bison are sold off. These are animals that were raised for meat, brought to the slaughterhouse at Greeley, and had their carcasses judged for qualities such as fat color, muscle and size of ribeye. The "gold medal" carcass, all 760 pounds of it, went for $10 a pound to Ted's (as in Turner) Montana Grill. That doesn't include processing and packaging.

Some of these folks are bidding on meat. Others are waiting for the live auction. 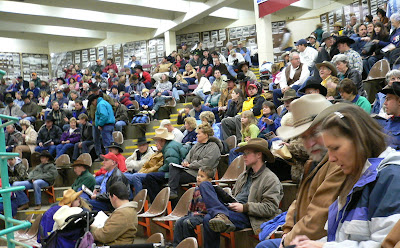 These guys are also waiting for the live auction. They send the bison through a series of chutes, one at a time. 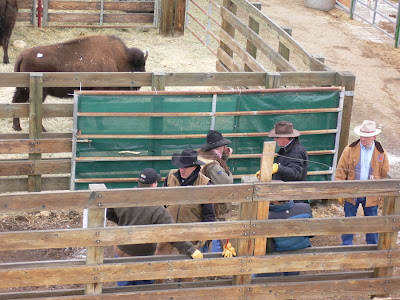 The bison end up in the auction ring, and they're none too happy about it. Everyone's careful to stay behind the reinforced gates or up on the podium (it's higher than it looks). 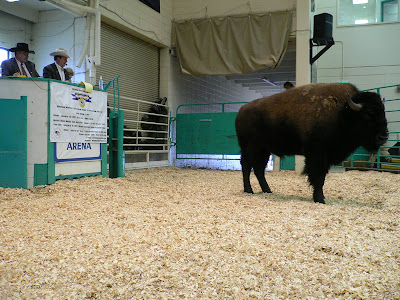 The champion bull and champion cow (pregnant) each went for $14,000.