I keep buying produce at the farmers market with no clear idea of what I'll do with it, and after a couple days I realize I'd better just toss it all together in something.

Purple onions are so pretty: 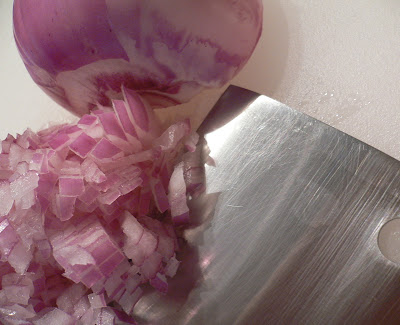 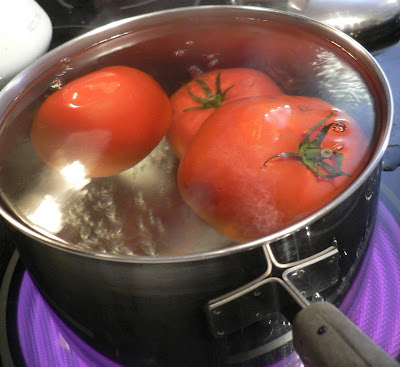 ... and then chilled to remove the skins. 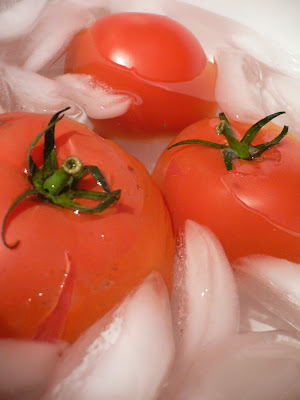 While pasta is boiling in the tomato water, in which beans have been similarly cooked (no sense in dirtying another pot or wasting energy boiling more water), the tomatoes are added to sauteed onions, garlic, oregano, some cumin seeds, red pepper flakes, a smoosh of sundried tomato paste, some dehydrated bell peppers ... whatever's handy and sounds good. Cook it all down into a sauce and add the beans and some squash.
Toss the pasta in when it's done and voilà, summer pasta! 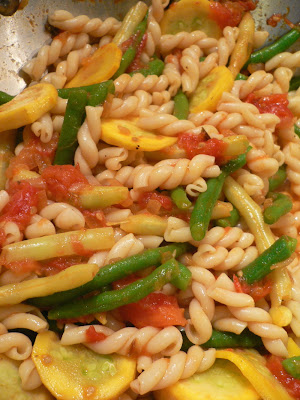 (Thanks to Smitten Kitchen for the inspiration!)
Posted by Kitt at 12:48 PM