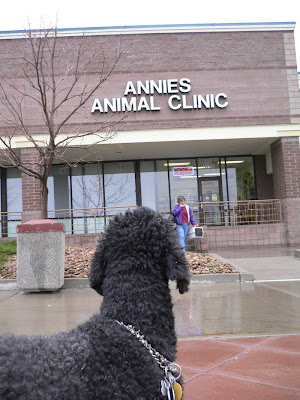 What evil, terrible torture is in store? 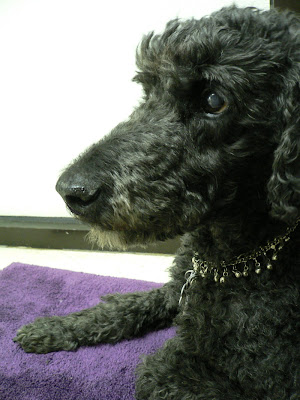 You. You brought me here. 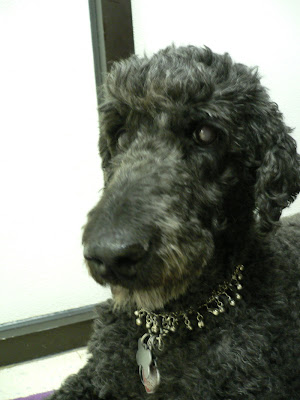 That sweet talk won't work on me. Nuh-unh. 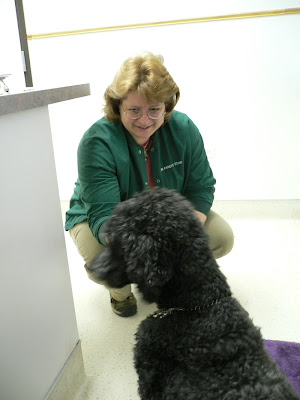 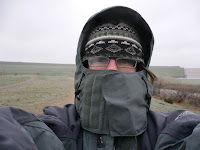 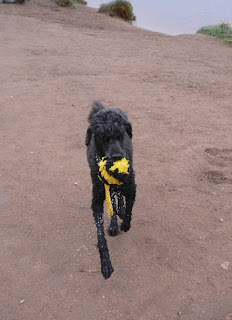 and the toenails got clipped without too much fuss. After the vet, the park. That's the deal, even when the weather's not so nice. If you're bundled up enough, it's not too bad. And Sophie gets plenty warm running after her toy. She's a good retriever. 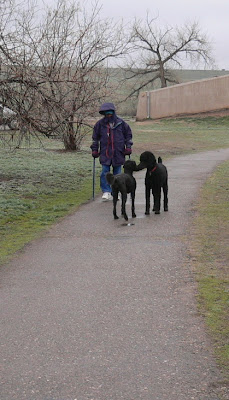 Not many other folks at the park, but Ozzie the poodle was among them. He outweighs Sophie by 30 pounds and is a former Seeing Eye dog. He really wanted Sophie's toy, but reportedly is not so good about the "letting go" part of fetching, so he had to be content with skritches instead.

At home, Sophie got a honkin' big bone from Safeway, since we ran out of the smaller ones. Safeway won't cut bones to order anymore. "Too many people losing fingers," the butcher told me. Now Wild Oats cuts them for me instead, and my order will be ready later today. Better quality bones, too, I think. No reports of lost digits yet.

P.S. Now I can hear Sophie snoring from two rooms away. 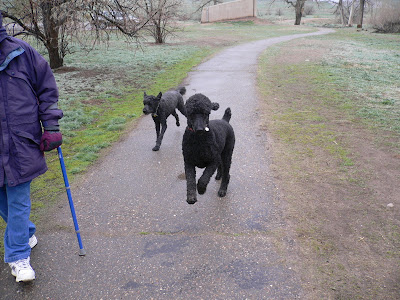