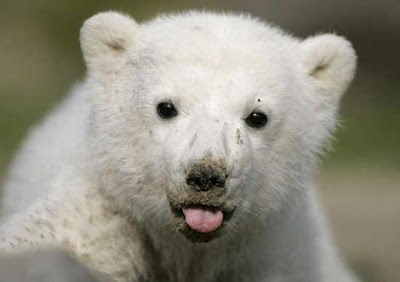 I had no idea yesterday when I posted about Knut's teething woes that there had been a death threat against him!

BERLIN (AP) -- The Berlin Zoo received a fax threatening to end the life of its superstar polar bear baby Knut, which police dismissed Thursday as a hoax and zoo officials insisted would not disrupt daily viewing of the cub.

The fax, which the zoo received on Wednesday read, "Knut is dead. Thursday noon."