Catching up with weekend photos: Sunday was the farmers market as usual. The Belgian fry folks were not there, thus saving me from myself. The whole place smelled of roasting chiles, because of this: 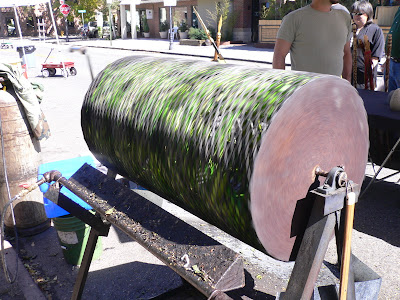 Every year about this time the chile stands start popping up around Denver, bringing trucks full of spicy goodness up from Hatch, New Mexico. I generally buy from the ones on the roadside in the Mexican neighborhoods, as they tend to be cheaper than the smaller upscale operations at the farmers markets. The gear is the same, though. The chiles go in the drum, which has a line of propane jets underneath. Last year I bought a bushel and froze in small batches of three or four per bag, so I'm set for a while yet. Nothing like a grilled cheese sandwich with strips of chile in the middle. 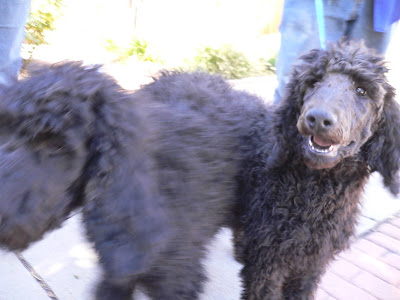 I also met these two 12-week-old poodle puppies, who were for sale. The woman bred her dog because she wanted her to have puppies "just once," which I have mixed feelings about. I'm very suspicious of backyard breeders, having seen some bad results. Though we bred the poodle I grew up with twice, my parents were very careful about working with a professional breeder, and all the puppies went to friends. This woman made me a little suspicious because she was surprised all the puppies were black, despite having brown and apricot parents. Black is the dominant gene for poodles, but when I tried to explain that, she just looked confused.

But those puppies sure were cute! 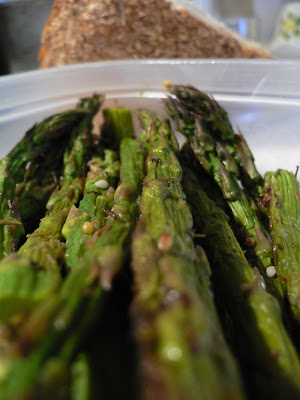 I didn't get a lot at the market; some more yu choi and some homemade soap from Olde Crone (on Manisha's recommendation; thanks, Manisha!). More about the soap later. I still had leftover grilled asparagus for lunch, and yes, a steak sandwich with arugula and grilled mushrooms and onions on no-knead bread. Stellar. 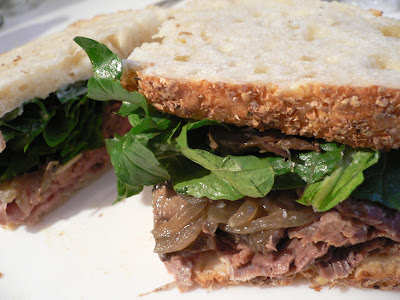