Yesterday, Sophie was due at the groomer at 8 a.m., clear on the other side of town. I decided to take the opportunity to do some shopping at the Costco and PetsMart over there. While I waited for them to open, I got some coffee and wandered into the Army Surplus, where I purchased some gloves and a shirt but not camo condoms. Next stop, PetsMart: 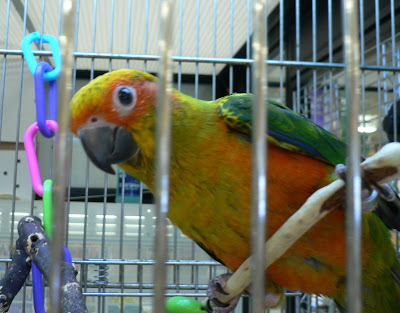 The parrots and and parakeets are so cute! I had a series of parakeets growing up, all named Paddington. The last one lived something like 12 years, and used to fly free around the house, but mainly stayed in the kitchen on a plant bracket at the window over the sink. He could do a mean sparrow imitation.

You had to put him in his cage if you were eating soup or cereal, because he would try to land in the bowl for "bath." I recall one unfortunate incident involving tomato soup and white curtains.

We also kept finches for a while. Their lives were a sordid soap opera that I'll share some other time. 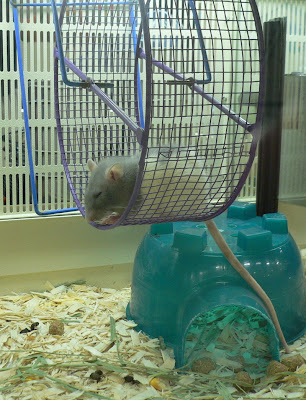 Rats are not so cute, but this one made me laugh. Asleep at the wheel! 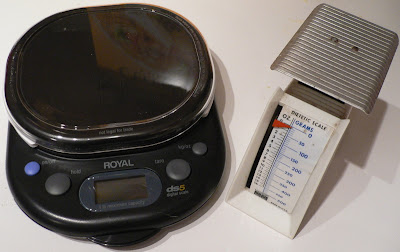 It's dangerous killing time at Costco. All kinds of things you didn't know you needed! I was happy to find a digital kitchen scale to replace my old spring-loaded one, which I don't really trust to be accurate and which is too small to balance many things on. The new one has a handy feature where you can weigh your empty container and then tell it to ignore that when you weigh the contents. 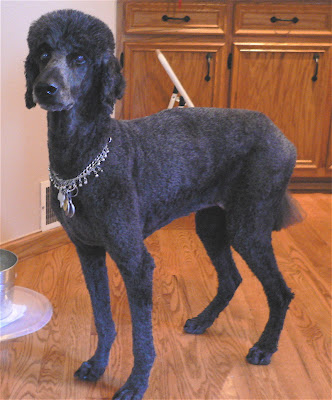 By the time I was done shopping, Sophie was ready to be picked up, groomed and sassy! This will be her last haircut for a while, as it's getting cold out. She was shivering so hard this morning her teeth were chattering, but that was partly from eagerness to walk. Once we got moving, she warmed right up.