José González at the Bluebird 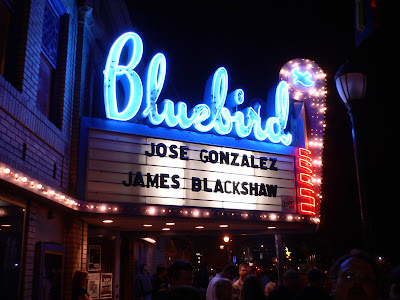 Last night went to see José González at the Bluebird Theatre. He's Swedish, born of Argentine parents, and his dad is a classical guitarist. He's played in variety of bands (including a Black Flag-inspired combo), but has since developed his own sound. (Which I found reminiscent of Gordon Lightfoot at times.) 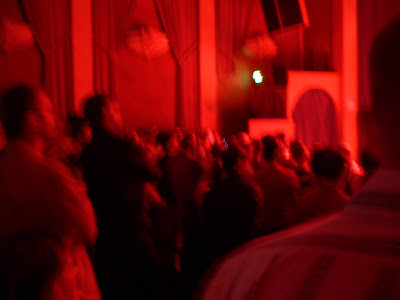 There was a good-sized crowd, which got a little rambunctious after a 45-minute delay, but was rapt once he started playing. (Blurry photo from doing a long exposure with the camera held high.) 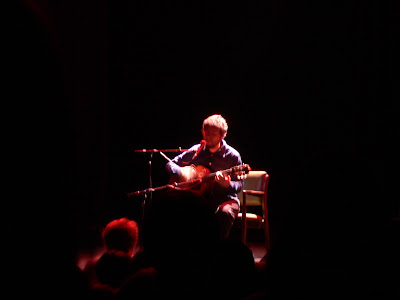 It's just him and his guitar, but he makes it sound like there are a couple of other players up there. Impressive and lovely.


Here's José González's website. It's all Flash, and plays music as soon as you launch it (you can turn it off at the bottom of the page). And it's hard to read. His music is great. His choice of Web design, not so much.
Posted by Kitt at 10:28 AM