Ramen with No Reservations 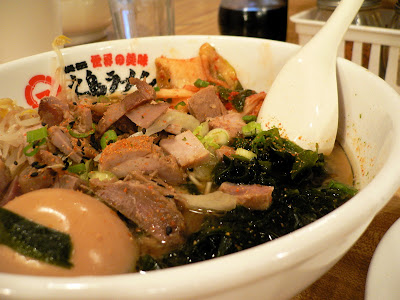 Mom has not been to Oshima Ramen before, and since were going to a movie right next door, it was the logical option tonight. I had the hot and spicy ramen with kimchee. It's not all that spicy, really, but it is yummy and filling. 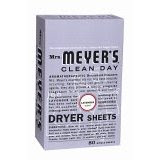 We had some time to kill before the movie (I overestimated how long dinner would take), so we wandered the aisles of Whole Foods for a bit. I abandoned my impulse buy (Mrs. Meyer's lavender-scented dryer sheets) after standing in a non-moving checkout line for about 5 minutes.

Only to go stand in a non-moving movie ticket line for about 20. Their ticket printer was broken, and they were out of change. It was a zoo. Which I should have anticipated, it being the dollar theater on a Saturday night. Or rather, the $1.75 theater, as it turned out. 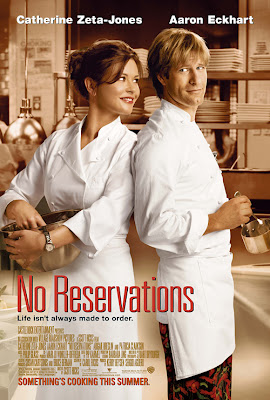 We missed the first few scenes from "No Reservations," but since it's based on "Mostly Martha," we weren't really lost.

As adaptations go, it was fairly faithful to the original, except for the Hollywood-ized ending (eye-roll). Though I find it irksome that they felt they had to adapt it in the first place. "Mostly Martha" is a wonderful movie, but most Americans just won't tolerate subtitles.

And speaking of subtitles, when the movie ended, we found the hallway packed with several hundred Indians all waiting to get into the theater we'd just left. Surely they weren't all waiting to see "No Reservations"?

Ah no, it was a screening of a movie in Hindi called "Athidi." If Mom hadn't been with me, I might've stuck around to see that. But I think they were sold out, too. It was a big crowd.

Speaking of crowds, or lack thereof, tomorrow is the farmers market, and like last week promises to be kind of miserable. Except colder. Eighty percent chance of snow!
Posted by Kitt at 11:36 PM