For man nor beast

Still, everyone there seemed kind of cheerful, and certainly happy to see some hardy shoppers. Plus everything I bought was at a discount, which I didn't expect or ask for. I guess they figured to unload as much as they could so they wouldn't have to pack it up again. 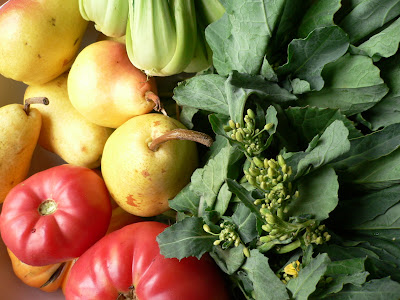 The Hmong vendors were out of yu choi, so I got a couple bunches of gai lan, which is similar, but sweeter. Plus some baby bok choi. And some pears, heirloom tomatoes and a jar of peach-apple butter.
Sophie was brrrrr cold! when we started out, shivering as she walked, but she recovered once her blood got pumping. We stopped in the gallery, where Moses really wanted to Play! Play! Play with Sophie! She put him in his place, but she did want to roughhouse with him a little. I had to stop her or I would've been buying some damaged art.

The photo on the right is Moses trying to get to the treats in my pocket. 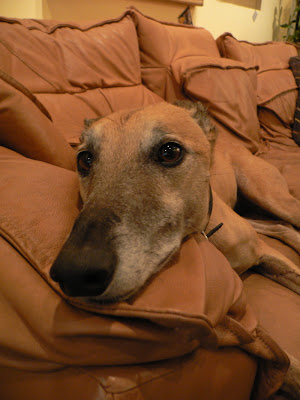 (And Sophie's now curled up in her chair, wrapped in a blanket and snoring. Loudly.)
Posted by Kitt at 10:51 AM