I bought some pears at the farmers market last weekend, and the ones I hadn't eaten yet were getting soft. Time to make pear cake. 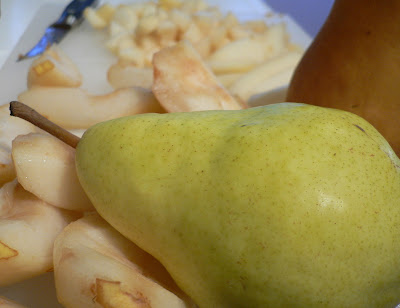 I've made pear chocolate cake from Donna Hay before, but my cookbooks are still in crates in the garage, so I Googled around and found this recipe. 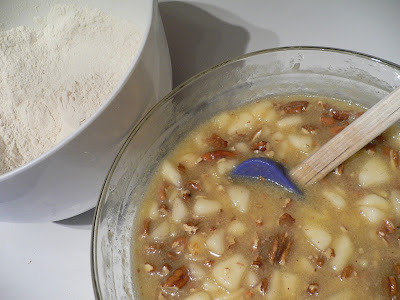 I liked the idea from the comments of using ginger instead of allspice. I was also out of cloves, but I didn't think it would matter. 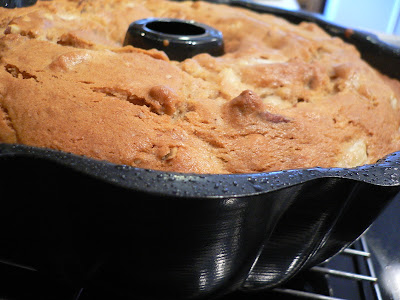 It didn't. The cake turned out moist and tasty. 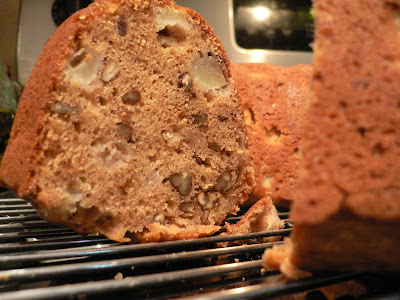 The ginger was very light. I will make this again, but mince some candied ginger and add that, too.

At one point Mom came into the kitchen and said, "This is the slowest cake I've ever seen in my life!" Which it's not; I was just being very leisurely about putting it together. "I'm not criticizing you," she said when I reacted negatively.

"Mom, if you took a poll, 99 people out of 100 (the one person being you) would consider 'This is the slowest cake I've ever seen in my life' to be a criticism."

But she liked the cake and I'm over being 13. For now.