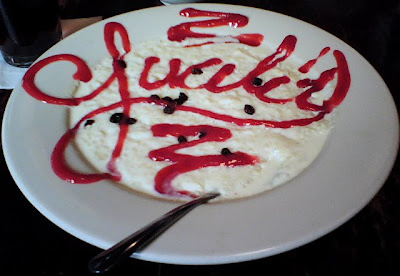 This is what you get when I can't think of anything coherent – a random selection of cell phone photos from my day. It started with a nice long walk and then lunch at Lucile's, where I indulged in the oh-so-tasty rice pudding porridge, artfully drizzled with raspberry coulis and currants. 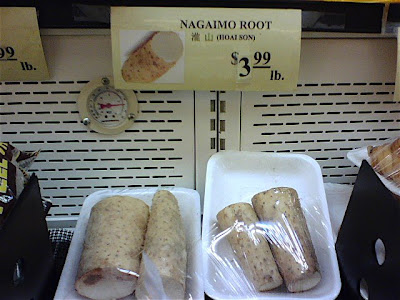 Then some Asian grocery shopping, where I often take pictures of things I don't recognize so I can look them up later. Nagaimo root is Chinese yam, according to the Wikipedia entry and has some interesting history (check out the "non-food uses").

I was buying fish sauce, mint, cilantro and shallots to make a recipe from the September Cook's Illustrated that Mom wanted to try, Thai pork lettuce wraps.

Beeb came by with Lannie and Leo to see how they would get along with Lucy and Jackson (they last met when Jackson was a puppy). They got along fine, and Beeb stayed for dinner. 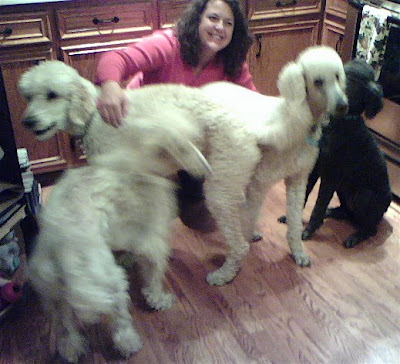 I was whining about the lettuce wrap recipe because it requires you to make your own ground pork and grind your own rice flour, which is so typical of Cook's. But it turned out stellar. You should try it sometime.
Posted by Kitt at 11:58 PM