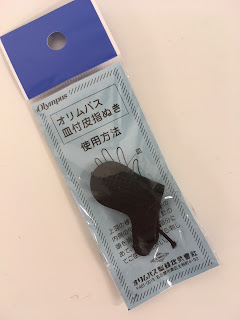 My replacement thimble arrived last night. Annoyingly, the delivery person just tossed the package onto the porch, so it was sitting out in plain sight. But I discovered it before it, too, could wander off.

A co-worker told me that her mail carrier said packages would soon only be delivered before 9:30 a.m. and after 4 p.m., making it less likely that they would sit out all day, tempting thieves.

I talked to my own mail carrier and showed him how the bin on the porch can be opened (it tilts open from the front, rather than the top being lifted). He promised he'd use that in the future.

I also put a note on top of the bin explaining how to open it and asking that deliveries be placed inside. Happily, the UPS guy proved capable of following directions: 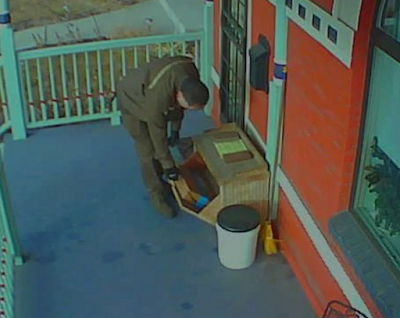 So the Sergeant's drill bits are now safely delivered as well.

I've yet to hear back from the postmaster (I filed a report online). We'll see if anything comes of that.
Posted by Kitt at 8:13 PM