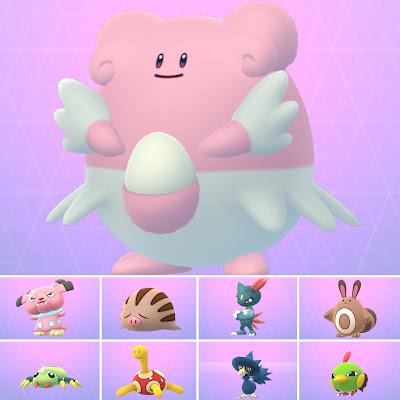 On Thursday, Niantic released updates to the Pokemon Go game, including a whole bunch of new Pokemon. That made my commute home fun. I'm not going to go crazy trying to catch all the new ones right away. It will take me a while to figure out which ones are which.

The one on the right is called Flaaffy. It's kind of sheepy, so it's my favorite so far. I caught it while I was on the phone with Mom. I usually chat with her as I'm walking home. She's going to give me a hard time about this post. She thinks playing Pokémon is dumb.

Tomorrow the Sergeant is having a party, so today I thought I'd better deal with Jackson's coffee stains on the carpet. He's developed a taste for my milky coffee and has managed to knock over a few cups trying to drink it when I've left it unattended.

Of course, my plan to just spot-clean was derailed by the general filthiness of the living room carpet (thanks, dogs), so I ended up just cleaning the whole room. Colorado is so dry that it will be ready for furniture again by morning. 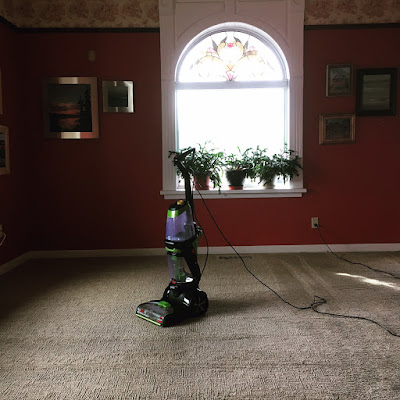 Most of the guests will be hanging out in the garage, but the female contingent will be in the house. I plan to give darning lessons.

Email ThisBlogThis!Share to TwitterShare to FacebookShare to Pinterest
Labels: Pokemon