Edamole: A super snack for the Super Bowl

Tami at Running With Tweezers turned me on to this easy and unusual alternative to guacamole made with edamame, the boiled soybeans you often see served in their pods with a sprinkling of salt at Japanese restaurants. Happily, edamame are so mainstream these days that you can get them frozen, shelled or unshelled, in most grocery stores. Costco even sells them in boxes of individual bowls you can nuke for a snack. 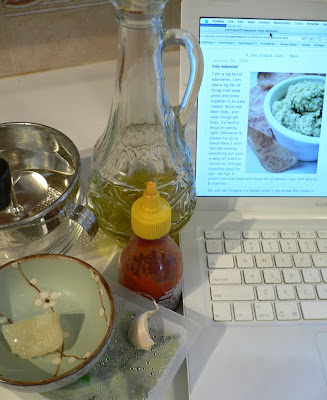 I decided to do a test batch today to see if I liked it enough to take to a Super Bowl party on Sunday. Conveniently, I had some of those Costco bowls, and one produced just over the 3/4 cup of shelled beans the recipe calls for. (Shelling took about three minutes after I nuked 'em).

I had all the other ingredients on hand, too: lemon juice (from lemons I'd juiced earlier in the year and frozen in ice cube trays), garlic, olive oil, salt and sriracha sauce. 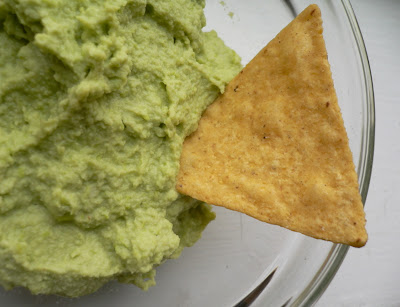 Here's the result, and I have to say, it's really good. I had to up the lemon juice a little, and I think it needs more sriracha. It could also be jazzed up with diced tomatoes, maybe some minced shallots, a sprinkling of cilantro ... you could put a spoonful of sour cream in if you wanted it creamier.

I took it to work and the handful of cow-orkers who got to try it (there wasn't enough for everyone) all agreed it was a success.

I suggest tripling or quadrupling the recipe.