If you're going to the farmers market and want to do some serious shopping, it's best to get there early. Later in the morning you have crowds to deal with (as you can see above) and the likelihood that some items sell out quickly (as below). 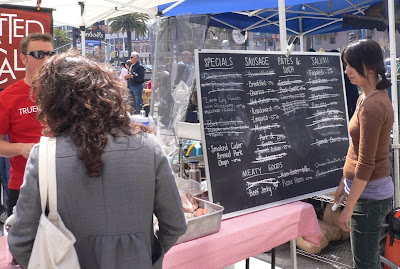 We lazed about Saturday and didn't have anything in particular we wanted to buy, so getting there late was OK (though the crowds were a bit dense). Plus we were spending the day in the city, so couldn't stock up on anything perishable.

It was nice to see all the greens, from funky artichokes: 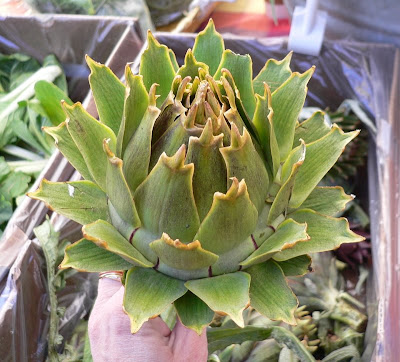 To a variety of salad fixings. 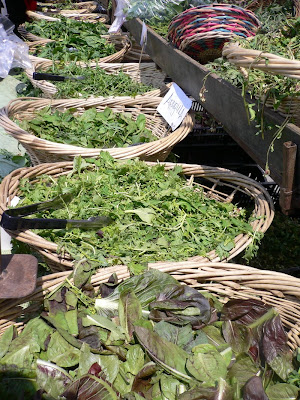 In particular I marveled over the huge and cheap leeks. I couldn't resist: I bought a bunch. 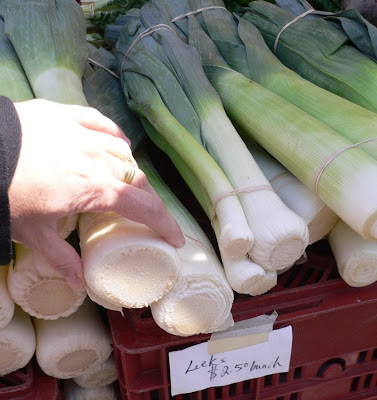 The lines for the prepared-food vendors were pretty long, so we adjourned to a nearby taqueria for lunch, complete with Mexican Cokes (made with cane sugar rather than corn syrup). 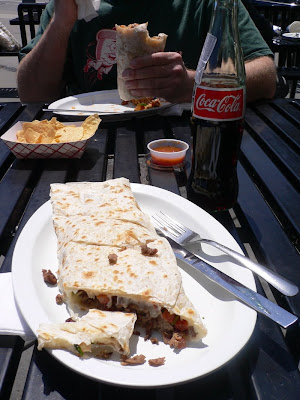 The rats with wings are everywhere, and as soon as diners depart, they move in for a greasy feast. This was a neighboring table; we bused our own when we were done. 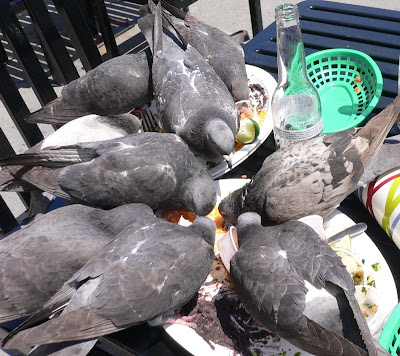