I was googling around to see if there were any places in Denver that sell bento stuff (shut up. I am not obsessing on it), and saw a mention of H-Mart. It's over in Aurora, east of Denver, and has been there four years, but this is the first I've heard of it. I usually do my Asian shopping on the west side of town, which tends more toward Vietnamese. (H-Mart is Korean, though it covers all the Asian bases, plus Hispanic and some Middle Eastern.) The place is huge.

They have lots of greens: 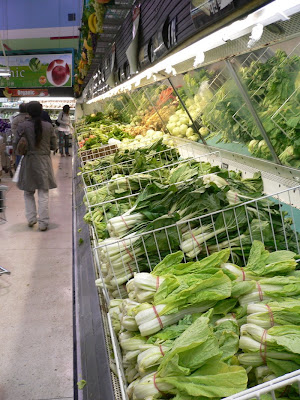 Including bac ha (which you may recall me wondering about after my visit to the Berkeley Bowl). Good to know I can get it here and don't have to beg White on Rice Couple to send me some. 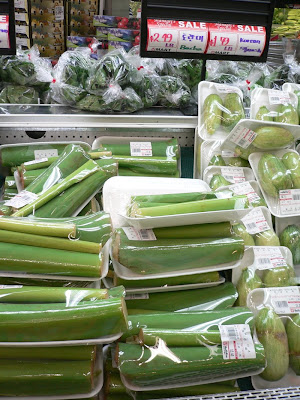 There's also burdock and banana flowers. I took note of the burdock because I saw a recipe recently from Habeas Brulee that I want to try. But what do you do with banana flowers? 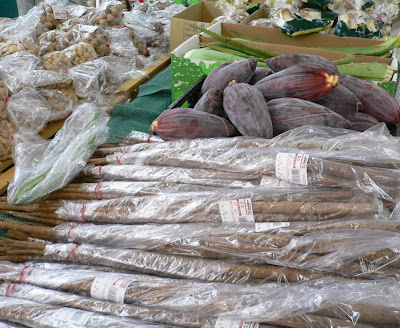 I also did not get the sweet tamarind, which I saw a post about the other day on Lunch in a Box. Wherein it is called "poop fruit" by the 3-year-old taste tester. 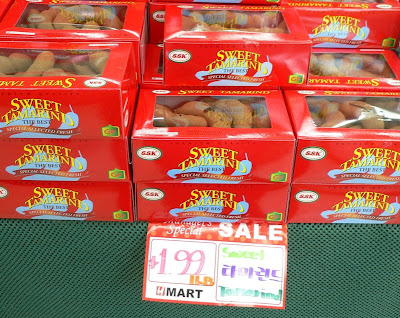 There are some things there I will have to research. What the heck are Job's Tears? 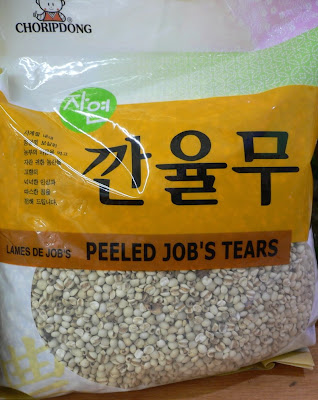 The store has a lot of convenience foods, including one I'm sure I will return for: ready-to-grill bulgogi, both beef and pork. 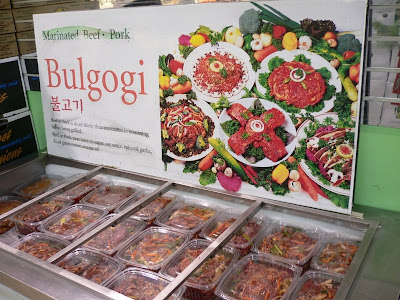 If you like kimchi, you can buy it in small containers or several pounds' worth. 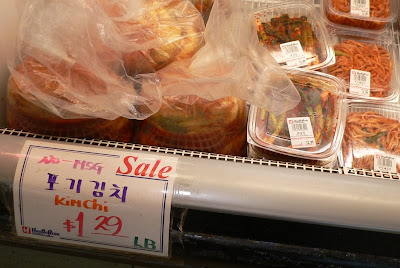 Among the prepackaged foods were delicacies such as octopus. Which I really like, but it was a little too expensive. 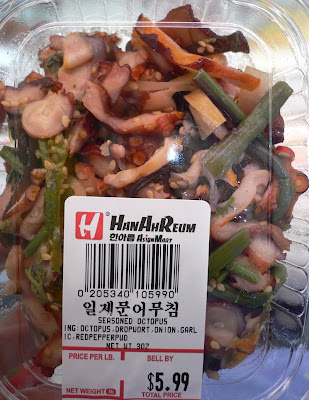 They had regular snails and these larger ones, though I wonder about the "cooked" part. Why cooked? Why not fresh? 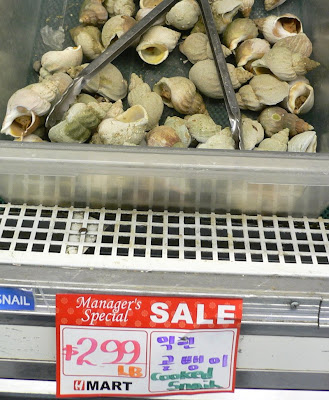 The produce here wasn't all that great, really, but the seafood just goes on and on. 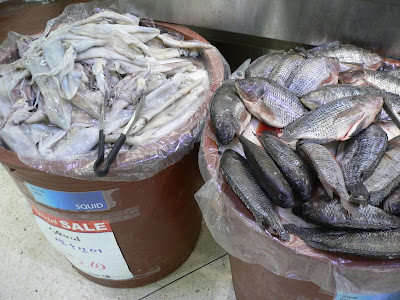 And on and on. 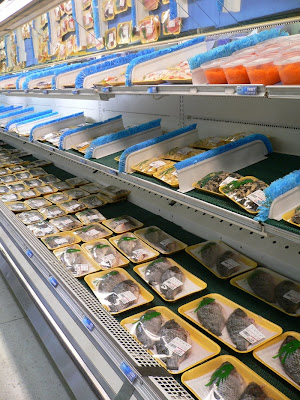 The prices are really cheap, too. Isn't monkfish supposed to be expensive? 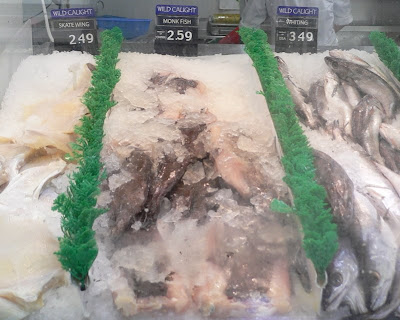 And the shrimp! I'm going back for the shrimp, at these prices. 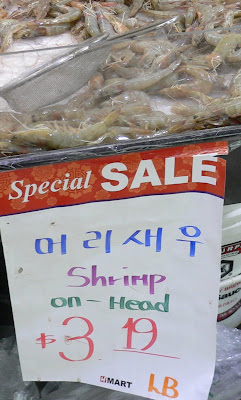 And maybe one of these days I'll cook goat, too. 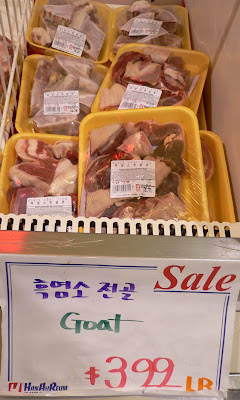 The store also has some kitchen goods, but the selection is just a hodgepodge and not very comprehensive. 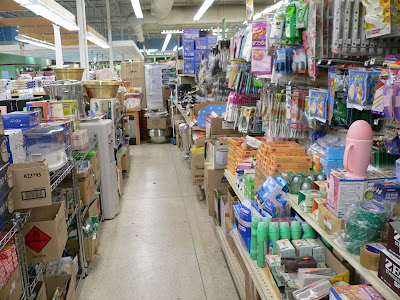 But wait! There's a "shopping mall" inside the store, too. There's a massage place, sushi restaurant, Verizon store and Western Union, a quilt store, a gift shop ... 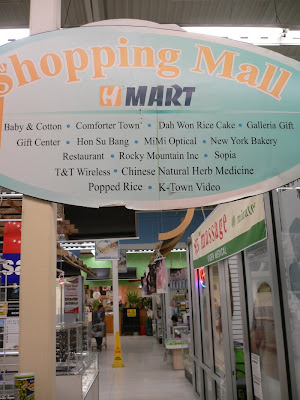 I picked up the Hello Kitty chopsticks. And then I put them down again.

I did get a lot of good stuff! 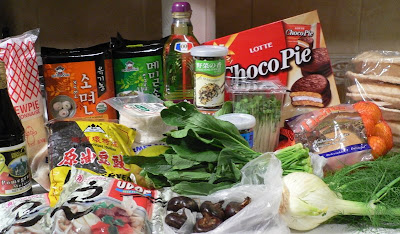 H-Mart has a lot of buy-one-get-one-free specials and other sales.
Total cost: $47. The spices, molasses and the grapeseed oil were the most expensive items, but they also last a long time. The perishable stuff was all pretty cheap.