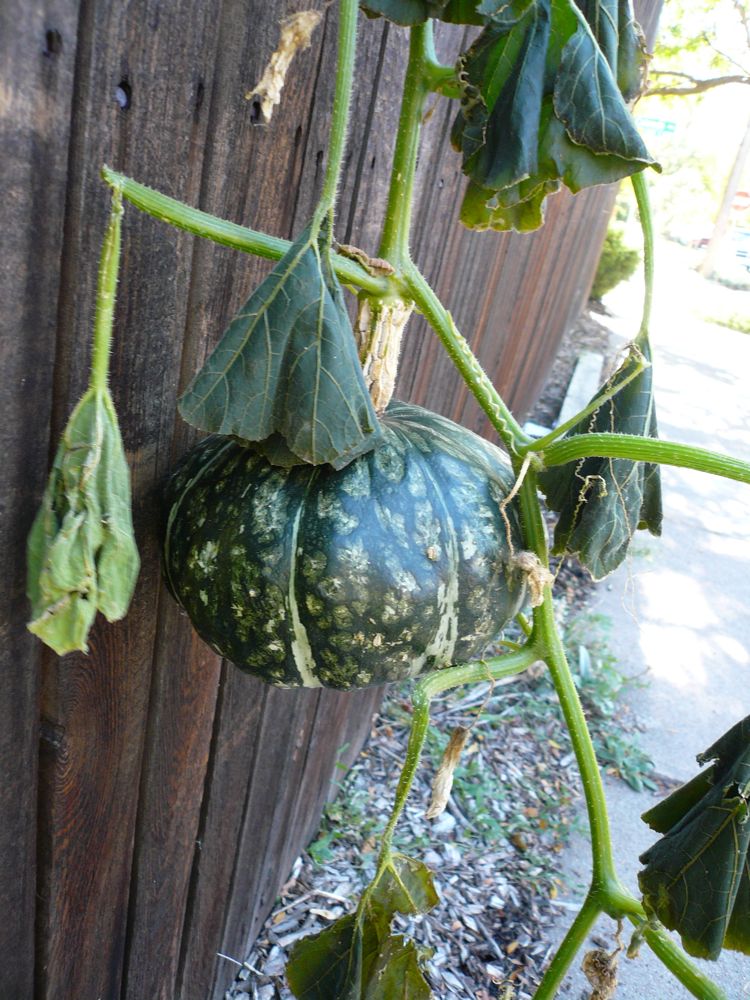 The freeze finally came and killed off all the squash and tomato vines. The fence squash hung in there until the end, marveled over by passers-by 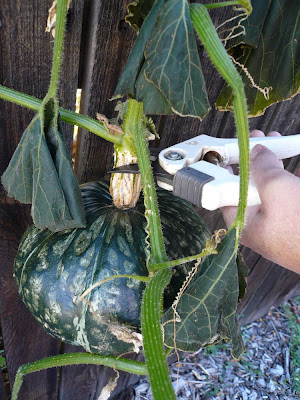 and unmolested by vandals or vegetable thieves.

The Sergeant says that would never have happened where he lived before. On his busy, urban street his front garden was regularly trampled, with plants ripped up, sunflowers beheaded and his lemon tree torn asunder. How hateful some people can be!

Not that we are entirely immune to such things here: we've endured some sprinkler vandalism, kids tagging the fence and dumpster, and someone making off with our blooming tulips (also kids, I suspect). But in general this neighborhood is friendly and peaceful. 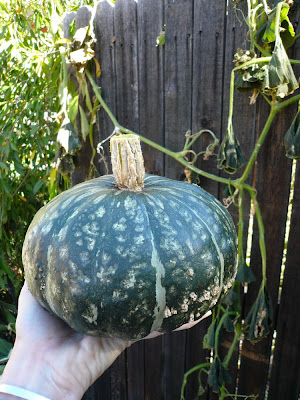 Now I have to figure out what to do with all this squash. I haven't taken a final tally, but it's probably around 10 buttercup squash and eight pumpkins. Luckily the buttercups will keep for a while in a cool, dry place, and the pumpkins are destined to be jack-o-lanterns. Maybe I'll carve one today!

The Sergeant is looking forward to the roasted seeds, especially with some of the goopy stuff that clings to them when they're scooped out. It becomes crispy and savory in the oven. I like it, too.

I want make squash ravioli, using the ravioli tray I bought months ago and have yet to try. And some squash soup, and squash lasagna. What else should I make? 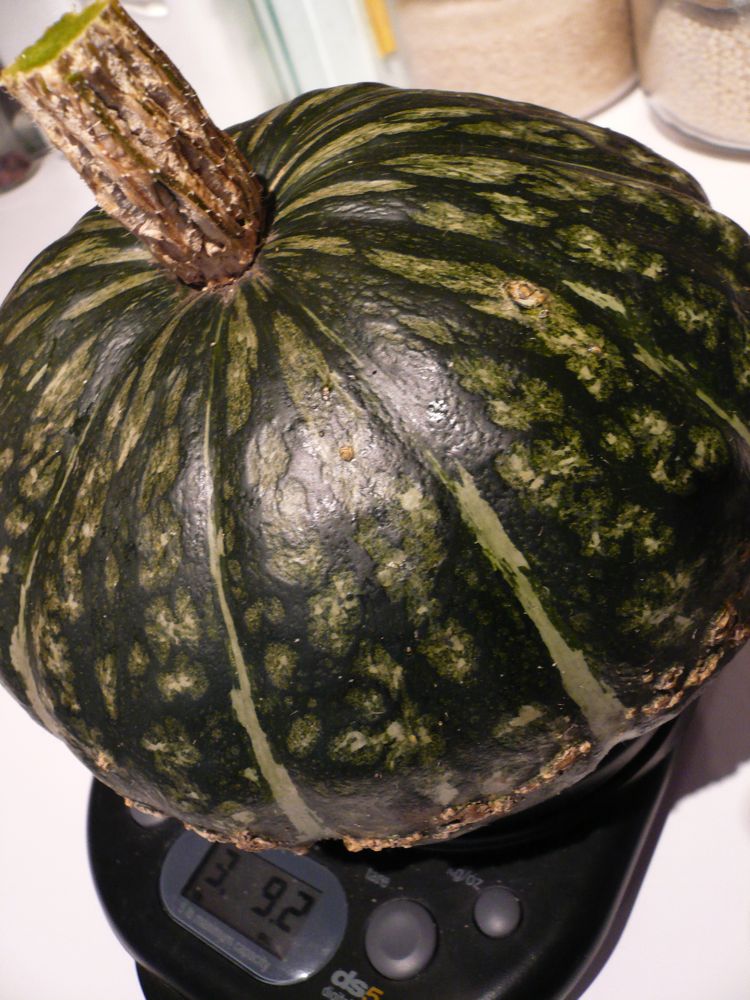