Anywhere else in the country, Super Bowl Sunday after kickoff is a great time to go shopping.

In Berkeley, no. But I'd been told I shouldn't miss the food mecca that is the Berkeley Bowl, and a native kindly provided me with a tour.

Wow, look at all that produce! Actually, it wasn't too horribly crowded, though still busier than you'd expect. I'm told it's also known as the "Berkeley Brawl"and can get pretty crazy on a normal weekend. 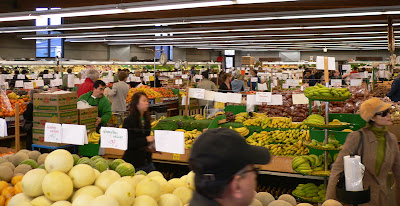 Nice to see such a huge assortment of fruits and vegetables in one place, including a lot of stuff you only find in Asian markets elsewhere. 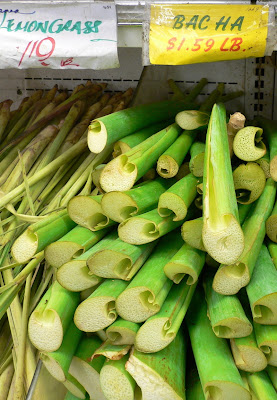 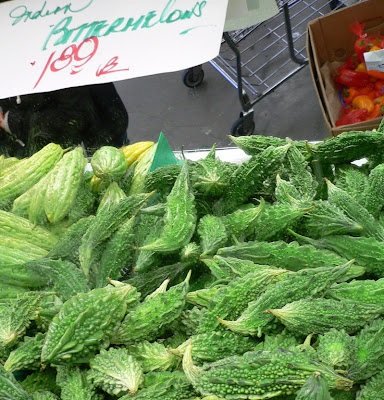 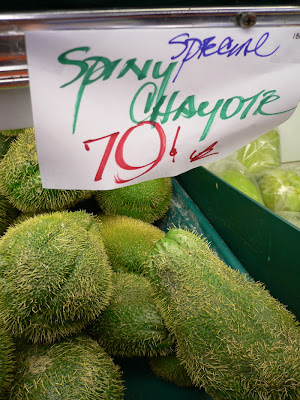 Many of the oranges are sold with the leaves still on, and you can open one up and taste it if you're so inclined (we were). 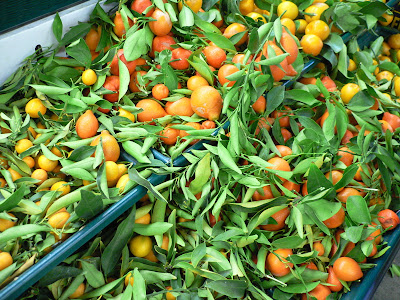 You can buy edible orchids, too. Pricey! 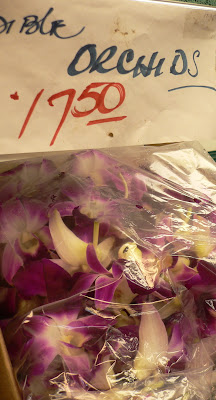 The citrus is not confined to oranges, lemons and grapefruit of an astonishing variety. 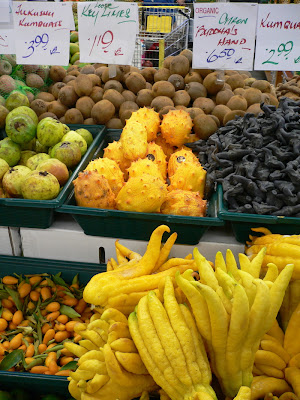 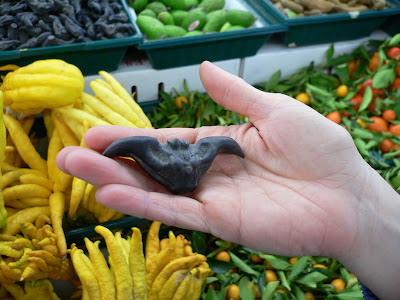 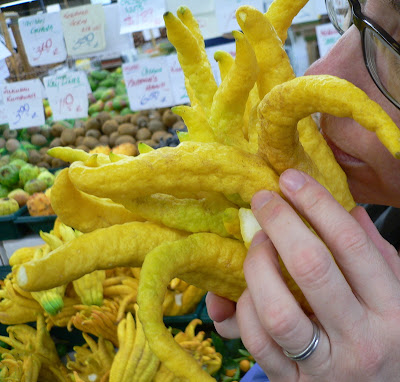 It can be nearly impossible to get around the aisles at the front of the store because of the checkout lines. Back by the meat counter it's equally packed.

I got a few things: some baby artichokes, a green papaya, and a bunch of specialty sugars.

But that was all for my suitcase. I'd already made my Super Bowl offering. The edamole was tasty and well-received. 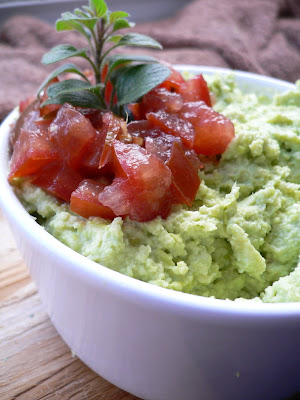