I needed to cover the hole at the top of the hive with something more substantial than a sheet and rug, especially with snow on the way. 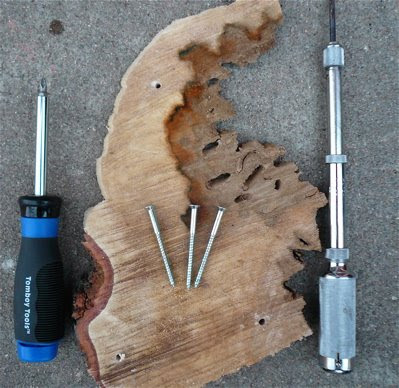 I found a handy slice of wood from the same tree and drilled holes in it for screws. I didn't want to be hammering nails on the hive and freaking the bees out. This was right at dusk, at about 40 degrees, so there wasn't much risk of them coming out to investigate. Still, I put the lid on fast. You'll just have to imagine the hole under there. 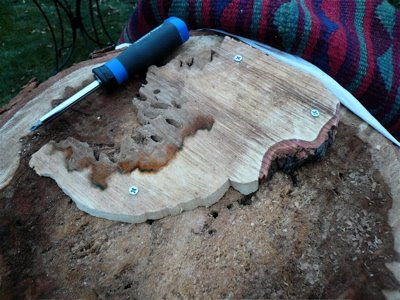 Below you can see the knothole that is the main hive entrance. It's bigger than I realized. 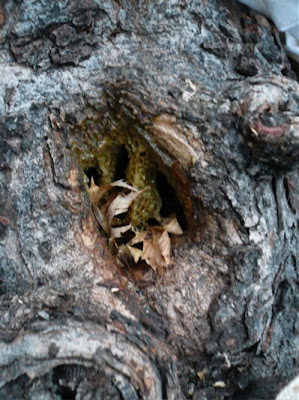 So I found a piece of bark and quickly nailed it over. There's a space at the bottom where bees can still get in and out, but now they have less area to defend against robber bees, and maybe a little more protection from the weather. I covered the top with plastic and the sheet again. 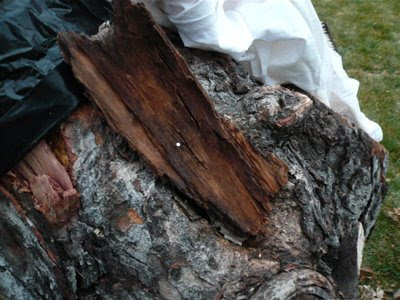 Here's an interesting tidbit: Most animals don't like to mess with bees much, for obvious reasons, but skunks will go up to a man-made hive, knock on it, then feast on the bees as they come out to investigate. Beekeepers in skunky areas often string an electric fence below the hives to keep the gate-crashers away. 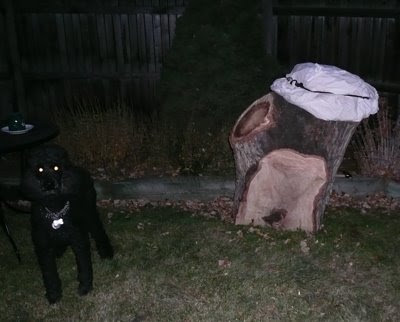 Sophie has no interest in making the bees' acquaintance.
Posted by Kitt at 12:02 AM