This was an experiment, and let me tell you, I should experiment more often! 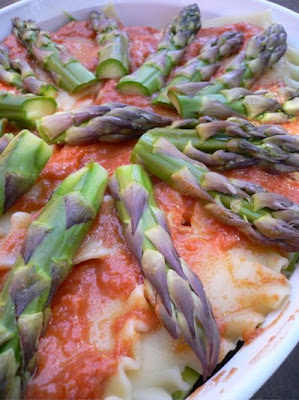 I had a package of queso fresco that I bought to try and then forgot about in the back of the fridge. 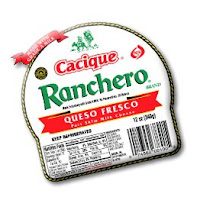 Opened it Friday night and discovered it is quite yummy! A little bit like a dry ricotta, but tasting also like a very mild feta. Hmmmm, I thought, this would be good in a pasta dish.

Well, then I had this really fat asparagus, and a bunch of fresh chard from my garden. And half a box of lasagna noodles. I picked up a jar of vodka pasta sauce (with San Marzano tomatoes) while out walking Sophie. And that's all there is to it. 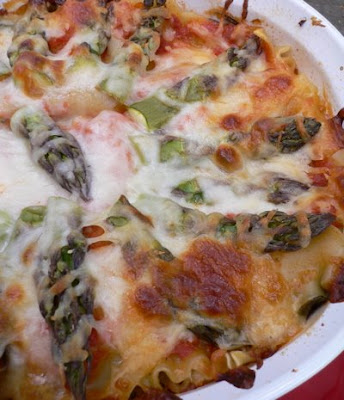 I boiled the noodles (which I broke into smaller pieces) for about 8 minutes. Put a splash of sauce in the bottom of the casserole dish, then a layer of noodles, a layer of torn-up chard, some crumbled cheese, a splash more sauce. I repeated that in the next layer and added the (peeled and sliced) asparagus stems. The top layer was sauce and asparagus tips sliced in half.

I baked it at 350 covered for half an hour, then uncovered it and put shredded mozarella on top and cooked it for another half-hour. 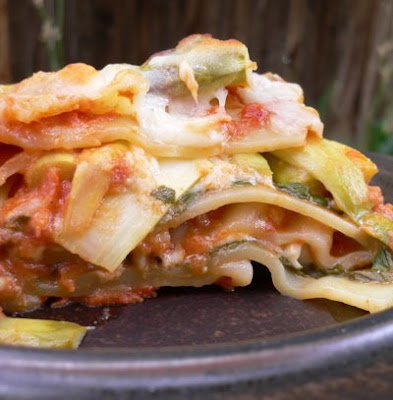 Wow! I wasn't sure how this would turn out. I was afraid it might be too dry, for one thing, because I didn't have a lot of sauce. But it wasn't. I think the moisture in the chard helped. The asparagus stems were still very slightly al dente, and the tips had gotten sort of caramelized.

I originally planned to put meat in this (even bought ground beef at the farmers market this morning) but I'm really glad I decided not to. It works very nicely as it is. The cheese is just salty enough that you don't need any other seasonings; you can really taste the fresh vegetables.

Lasagna may seem more like a wintry dish. but it works pretty well for summer, too!
Posted by Kitt at 12:17 PM