A different kind of "What is it?"

I've got a couple of mystery plants in my garden I'm hoping you can identify for me.

The first one I thought might be a sunflower at first. 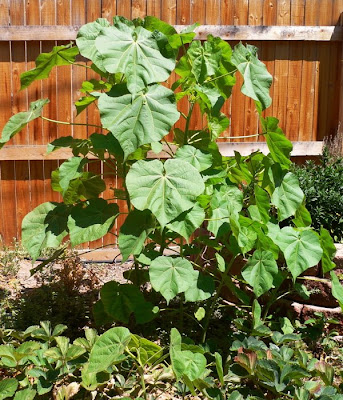 But no, it's producing little yellow flowers: 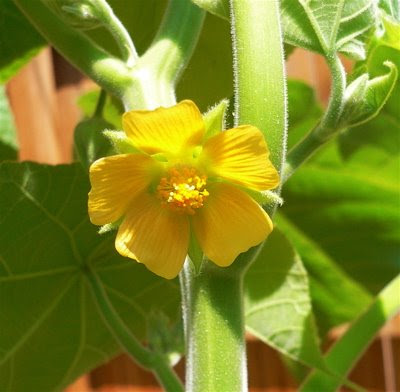 Which in turn are becoming some kind of fruit(?): 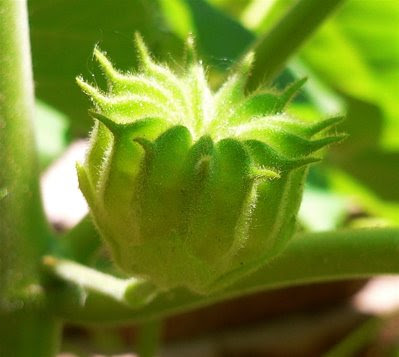 There are only a couple of these plants, so I'm leaving them until I can figure out what they are.

(Edit: Thanks to commenter Molly, who pointed me to Name That Plant! at GardenWeb, and to Carol23 there, who made the ID, this I now know is Abutilon theophrasti, a.k.a. Velvetleaf, China Jute, Buttonweed, Butterprint or Indian Mallow. Definitely a weed. Darn it.)

Still looking for an ID on this one, though: In the vegetable garden is something that looks vaguely pepper-like in its leaves and habit. 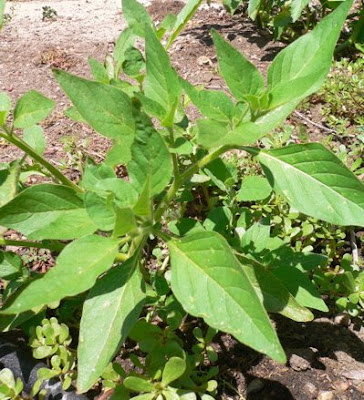 But the flower is more nightshade-like: 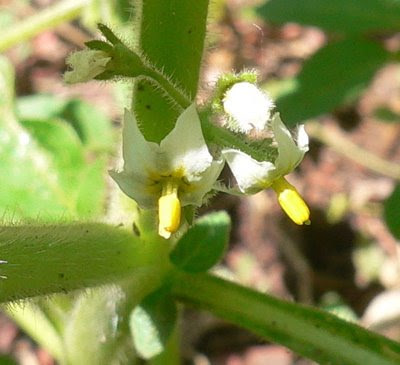 It could be a vegetable of some kind, from seeds that have lain dormant until I started watering the long-neglected garden again. Or maybe it's just another weed.

(Edit: The consensus is that this is a nightshade, of the poisonous, weedy variety. Guess it doesn't matter which kind in particular. I've pulled it out. Thanks to everyone who weighed in!)