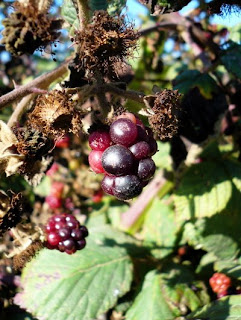 Here are a few more shots from our drive down the Pacific coast last week. We scrambled down to Glass Beach again in the morning and filled a bag with bits of glass, tile and metal. I'm going to run the glass through my tumbler with super-fine grit and see if I can get it to stay shiny. We would've loaded up on wild blackberries, too, but they were not ripe enough yet. The blackish ones were beginning to taste a little sweet, but were still mostly sour and very seedy. Oh well!

South of Fort Bragg we visited the Point Cabrillo lighthouse. 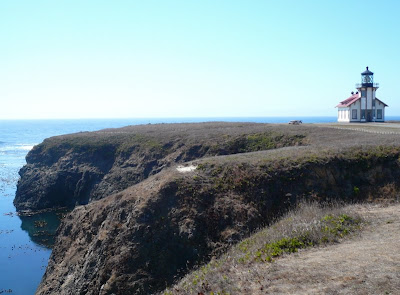 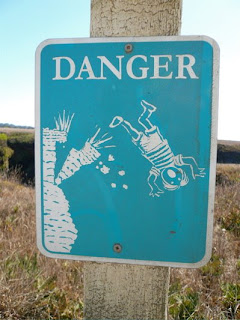 The restored lighthouse and the lighthouse keepers' compound are charming. It's easy to see why this was considered a "reward posting" for those who had served well in more desolate spots, especially on rocky islands that were inaccessible much of the year. There's an inn there now; maybe we'll stay there someday.

The cliffs are a scary in spots and the warning signs kept us away from the sheer edges, but in front of the lighthouse a path led down to the water's edge. With the tide low, we could check out the tidal pools to see the anemones and starfish. 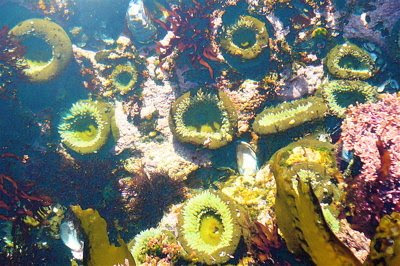 Then we continued south along the twisty, narrow Highway 1. You can't drive it too fast. Not only are there tight curves and sheer drop-offs ... 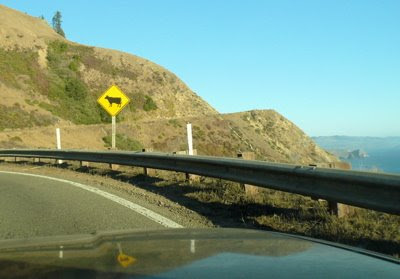 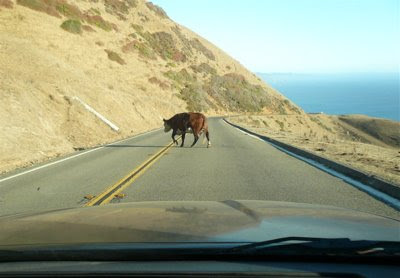 I was jealous of those who have homes along the cliffs. But if you lived there year-round, I guess you might get a little bored. 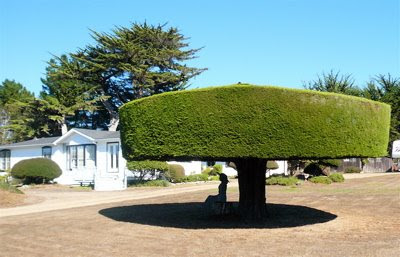 Feeling peckish, we stopped in Point Arena for lunch at The Record. The town looks like Hippie Heaven, and The Record is a focal point. 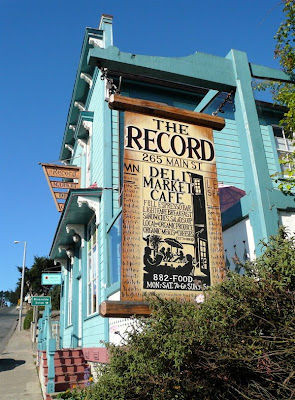 It has a little grocery packed with gourmet and organic goodies, and cafe in the back with an extensive menu. Be sure to wash your hands! Especially if you've been making out. 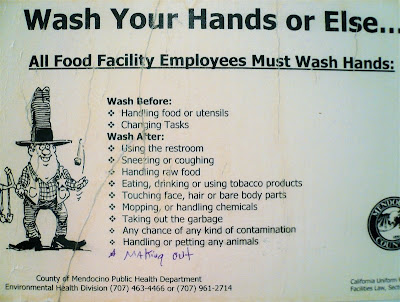 I ordered a cheesesteak on a french roll. Really really good, with a couscous salad alongside and a bottle of ginger beer. 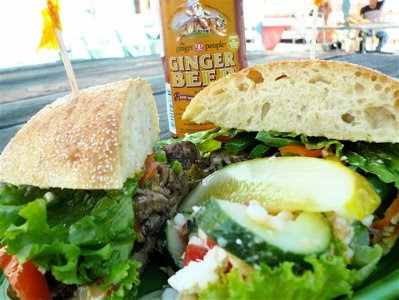 We enjoyed the company of a well-behaved canine who appeared on the deck (no one knew where he came from). When I told him, "No, sweetie, you can't have any," he walked away immediately. When he came back later I relented and gave him a taste, but only after telling him to sit and shake hands, which he did so very politely. 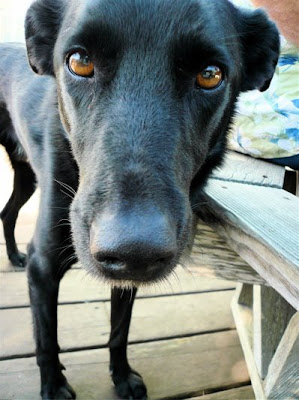 He didn't appear too hungry, so I hope he was just out for a stroll. We bade him farewell and continued on our way, stopping only for a beach walk and the sunset before heading home.
Posted by Kitt at 10:01 AM